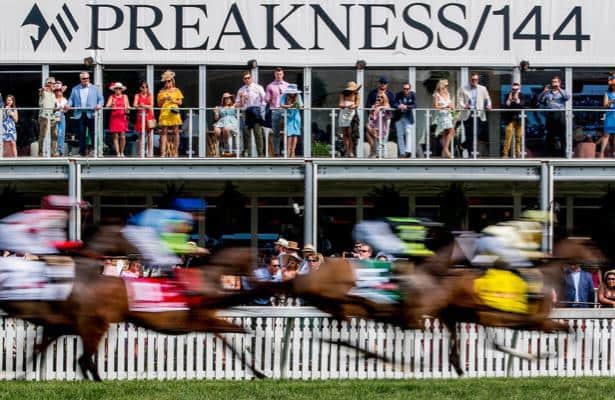 A bill expected to be introduced this week in Maryland would seemingly end the debate about Maryland's horse racing future.

According to WAMU, public radio for the Washington, D.C., area, the bill will call for $350 million in 30-year bonds to fund Pimlico as the longterm host of the Preakness Stakes and Laurel Park as home to most of the state's year-round training and the vast majority of its racing.

Under this plan, Pimlico would serve as a multi-use facility with athletic fields and a new clubhouse available for the community -- except during the track's limited racing schedule in May. Laurel, meanwhile, will continue to see upgrades to its barn and dormitory areas in addition to new safety equipment.

The Stronach Group, which operates the Maryland Jockey Club, owns both facilities.

“In partnership with Maryland’s municipalities, including Baltimore City and Anne Arundel County, and the horsemen, we worked to identify a solution for the long-term future of the Thoroughbred racing industry and the revitalization of the Park Heights/Pimlico community,” said Belinda Stronach, chairman and president of The Stronach Group, in a news release. “We would like to thank Maryland’s leadership for their hard work, creative thinking and commitment to the sustainability of Thoroughbred horse racing in the state.”

“I thank our legislative leaders who clearly understand what this historic piece of legislation does for the City of Baltimore and for the communities surrounding the racetrack,” said Mayor Bernard "Jack" Young. “The bill introduction is a critical step forward for Baltimore as it preserves the great tradition of Preakness at Pimlico and signals the commitment of significant investment in the Park Heights community.”

Alan Foreman, a representative of the Maryland racing, said upgrades to Pimlico and Laurel will support what is a $1 billion industry in the state. He also called this "comprehensive legislation" a once-in-a-lifetime opportunity to keep the Preakness at Pimlico, urging lawmakers to pass it.

It also appeared an unlikely opportunity dating back to early 2019, when Baltimore sued The Stronach Group to keep the Preakness at Pimlico. Once in office, Young withdrew the lawsuit and said the two sides would proceed under "good faith negotiations" not to move the second leg of racing's Triple Crown out of town.

The 2020 Preakness Stakes is scheduled for May 16, two weeks after the Kentucky Derby.

Derby 2023 Pedigree: Dubyuhnell is a mud lover or maybe more
Dubyuhnell splashed his way to a narrow half-lengt...