Zayat will speak for American Pharoah at Hall of Fame 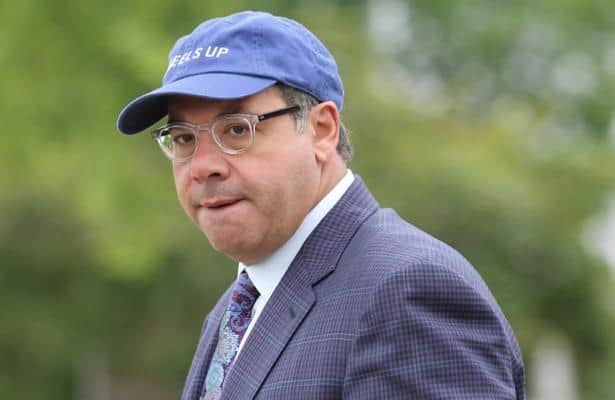 Ahmed Zayat, who has been dealing with a difficult bankruptcy in New Jersey, will speak on behalf of American Pharoah at the 2015 Triple Crown champion’s enshrinement Friday into the National Museum of Racing and Hall of Fame, a spokesman said Wednesday.

“Zayat is expected to accept for Pharoah,” Hall of Fame communications director Brien Bouyea wrote in a text to Horse Racing Nation.

The question of who would represent American Pharoah has been complicated by trouble surrounding his most prominent connections.

Zayat, whose stable bred and owned the now-9-year-old stallion, filed for Chapter 7 bankruptcy protection last September, claiming he had more than $19 million in debt against assets of less than than $2 million. Last week his bankruptcy attorneys asked a judge to let them off of the case. They claimed in court documents that Zayat failed to pay their $368,273 bill.

American Pharoah trainer Bob Baffert has kept a lower profile since he revealed May 9 that Medina Spirit tested positive for betamethasone after winning the Kentucky Derby. That led to the New York Racing Association banning him and his horses from its racetracks. Baffert won a court order to throw out that ban, allowing him to enter Illumination into Saturday’s Test Stakes (G1) at Saratoga.

Illumination's co-owner George Bolton told HRN that Baffert would not attend the race, but he said Baffert planned to be at the Fasig-Tipton Saratoga Sale on Monday and Tuesday. That sales ring is where Friday’s Hall of Fame induction ceremony will be held.

Víctor Espinoza, who rode American Pharoah to his wins in the Kentucky Derby, Preakness and Belmont Stakes, is booked for races Thursday, Friday and Saturday at Del Mar.