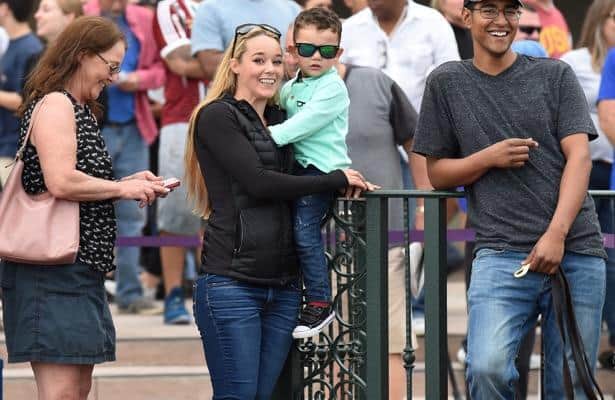 Horse racing has taken Elizabeth Dobles quite literally around the world, from the small town of Canandaigua in the Finger Lakes region of western New York to the world-class center of business, culture and trade that is Hong Kong.

These days, in her third full year of training Thoroughbreds, South Florida is home for the 28-year-old Dobles, off to the best start of her fledgling career. Not yet halfway through 2019, she is poised to shatter personal bests in starts, wins and purses earned.

Last month, Dobles won stakes a week apart at Gulfstream Park, where she is tied for sixth in wins and ranks as the No. 2 percentage trainer (34 percent), having gone 11-for-32 at the spring meet which ends Sunday. Before it’s over, Dobles could make another significant addition to her growing resume.

Claimed for $25,000 out of a third-place finish behind eight-time turf stakes winner Pay Any Price on Feb. 8 at Gulfstream, Royal Squeeze hasn’t lost since and takes a four-race win streak into the six-furlong Smile Sprint, a race where he ran seventh behind Imperial Hint for previous trainer Ralph Nicks in 2017.

“The way I see it, winning any race is a great accomplishment for me whether it’s a Grade 3 or a $6,000 claimer. To me, a win is a win,” Dobles said in a news release.

“The Grade 3, I kind of treat it like it was any other race going into it. I don’t like to get excited about races and feel really confident because in the one minute that they’re running, they could completely disappoint. I’m not good with defeat.”

Dobles got her introduction to racing through her parents, Steve Dobles and Lori Burgess, exercise riders at Finger Lakes Race Track in Farmington, N.Y., a 15-minute drive from Canandaigua, located on the northern tip of Canandaigua Lake.

Steve Dobles had a brief training career, winning 13 races from 1991-95, and also works as a valet in the afternoon. In addition to morning workouts, Burgess has a second job at one of the local factories.

“The good thing with having them both gallop horses and then working in the afternoon, it brought me up with a good work ethic,” Dobles said. “I can honestly say I’m no slacker in the work department. If there’s something to be done, I’m the one that probably going to do it. It’s because that’s the way my parents raised me.”

While still in high school, Dobles spent weekends and holiday breaks working for trainer Chris Englehart at Finger Lakes. She got her license at 16 and the following year spent a few months galloping horses for trainer Carlos Garcia at Laurel Park in Maryland and Colonial Downs in Virginia.

When she returned to New York, Dobles went to work for Englehart’s son, Jeremiah, on the Aqueduct, Belmont Park and Saratoga circuit, also traveling to Fair Grounds and Gulfstream.

Though she initially had designs on riding horses for a living, it was her time with Jeremiah Englehart that sparked her interest in becoming a trainer.

“When I was younger, I wanted to be a jockey. I had jockey fever and it was my goal,” she said. “I got the weight down, but it wasn’t healthy. I knew I couldn’t struggle and keep my strength to ride horses, so I just gave up that idea and started working for Jeremiah galloping horses and I got to be his assistant.”

Dobles remained with Englehart for six years, her stay coinciding with Ria Antonia’s win by disqualification in the Breeders’ Cup Juvenile Fillies at Santa Anita and multiple graded-stakes winning millionaire King Kreesa’s overseas trip for the Hong Kong Mile, both in 2013.

One winter Dobles took a string of Englehart horses to Palm Meadows, Gulfstream’s satellite training facility in Palm Beach County, and never left. She remains based at Palm Meadows with her own horses, balancing training with raising her son, Austin, who turns 4 in September.

“I was lucky to get the chance to go to Hong Kong and go to the Breeders’ Cup. I got to gallop all those horses. He always wanted me to ride the best horses. I got on some really nice ones,” Dobles said. “When I moved to Palm Meadows, I decided I wanted to start a family, so I told him I wanted to stay here.”

On Nov. 10, 2018, Dobles earned her first career stakes victory with Imaginary Stables and Paul Braverman’s Vow to Recover in the Juvenile Fillies Turf at Gulfstream Park West. The 3-year-old filly captured the Honey Ryder Stakes on May 4, a week before Royal Squeeze captured the Big Drama Stakes, and is being pointed to the $100,000 Martha Washington Stakes on July 6.

“I started with (Vow to Recover) as a 2-year-old. I was the first trainer she came into, so I got to work with her when she was just first starting out, and we’ve gone through the years together,” Dobles said. “She’s really impressed me – breaking her maiden against the boys and just getting better and better from there.”

Dobles now has 24 horses in her care, growing big enough that she recently hired her older sister, Samantha, to work as her assistant. She continues to get on horses every morning, which she feels is a part of her success.

“One of the good things about training horses is that I’m able to gallop them myself, so if I get some negative feedback from a rider I can always go out there on my own and try to figure out what exactly is wrong with a horse,” Dobles said. “Sometimes it’s nothing, but there’s other times when they do have an issue and the rider just doesn’t know how to explain it.

“Normally, I stay down to 15 (horses) because it’s always been more manageable for myself. I like to ride the horses and really be hands-on with them, so I didn’t want to overextend myself and not get enough time with each animal, the quality time that they need. I’ve never been one to have an assistant because I like doing everything myself, but my sister also galloped and worked for Jeremiah, too, and we grew up together so we have the same foundation.”

With the second half of 2019 remaining, Dobles has 14 wins from 64 starters this year (22 percent) and is less than $44,000 away from breaking her own single-season earnings mark. She is ultimately hoping to improve on a 2018-19 championship meet where she had a record of 6-5-8 from 46 starters.

Each year we’ve been increasing the size of our stable and the caliber of horses. Currently we have quite a few allowance horses and stakes horses, and a couple of the cheaper claiming horses. That’s the majority of it,” Dobles said.

“If you find a diamond in the rough and you work with it a little, it can really improve. Luckily for me, it’s improved my statistics and such, but we really haven’t changed much since when I started. All I can say is, it’s all about the horse.”