Wrona: Acrophobic, with winkers, a single in Randwick's 20-cent Pick 7 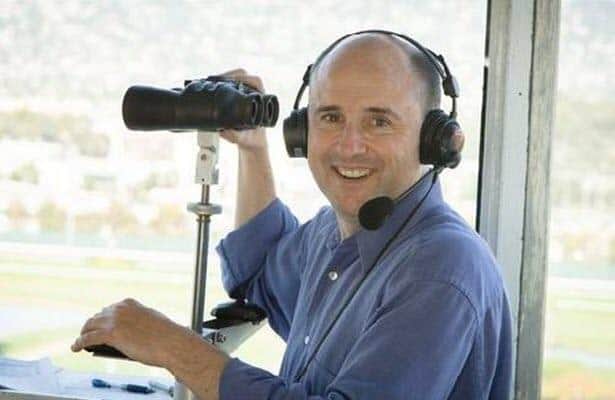 The riches of Sydney’s “Everest Carnival” continue this Friday night: for the equine participants in a $1 million race for 3-year-olds, and for North American horseplayers with the 20-cent Pick 7 and a guaranteed pool of $10,000. Both are relatively new concepts: the Pick 7 was introduced just a couple of weeks ago with great success, while the $1 million Bondi Stakes (pronounced bond-eye) was inaugurated last year.

Australia’s iconic Bondi Beach is curved and contained within a horseshoe-shaped bay just four miles from downtown Sydney and Randwick Racecourse. “Royal Randwick” plays host to the Bondi Stakes, a one-mile assignment for recently turned 3-year-olds (Aug. 1) who are looking to improve upon their juvenile exploits and scale new heights. My pick will hopefully be unperturbed by such aspirations: Acrophobic (which means “suffering from a fear of heights”) has attracted my attention through hints of ability combined with tinkering by his trainer John O’Shea with equipment and riding tactics. I fancied him two weeks ago at 9-1 when he finished fourth  – beaten only ¾ of a length – behind Peltzer and Prime Star at 7 1/2 furlongs in the Stan Fox Stakes. Acrophobic faces that pair in the Bondi once more, and is again behind them in the wagering, but I believe he can outrun both in the final furlong of a Randwick Mile.

The latest experiment by O’Shea is “winkers first time.” Winkers are a sheepskin device attached to the cheek-strap of a bridle, helping focus but allowing more peripheral vision than blinkers. Regardless of whether winkers are considered worthwhile in U.S. racing, there can be no denying the superior information that racing fans in Australia receive. As an example, a program notification in the U.S. of “Blinkers On” does not stipulate whether it’s for the first time. The intricacies of equipment changes in Australia extend to tongue ties, shadow rolls, hoof fillers, ear muffs and various types of bits that are being applied or removed – always with a notation of whether it’s for the “first time” or “again.” By contrast, American racing has only recently clamped down on the timely notification of first-time geldings.

Whether or not the application of “winkers first time” helps the prospects of Acrophobia (6-1), I’m prepared to single him in the Pick 7 against Peltzer (2-1) and Prime Star (3-1). The sequence spans Races 3-9 and includes races from six furlongs to 1 1/2 miles with an average field size of 11. Here is a suggested ticket:

A reminder that the Pick 7 wager is available via all major ADW platforms such as TVG, TwinSpires, Xpressbet, NYRABets, WatchandWager, HPIbet, AmWager, and BetAmerica. The Randwick card will be broadcast live on TVG on Friday (First Post: 9:50pm EDT/6:50pm PDT) alongside cards from Doomben, Kembla Grange and Gold Coast. All races will also be live-streamed in HD with past performances available for free at skyracingworld.com and major ADW platforms.

Looking ahead to next Friday night’s racing action, it is stacked with the running of the $7.5 million Golden Eagle for 4-year-olds at Rosehill racecourse and the commencement of the Melbourne Cup Carnival at Flemington (Derby Day). Future markets currently have Alligator Blood, Funstar and Bivouac at the top line of betting for the Golden Eagle and is a race that cannot be missed.