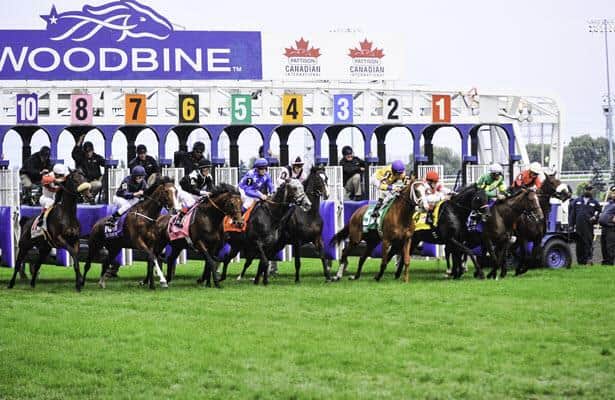 A Woodbine veterinarian recovered from a medical emergency Saturday prompted the cancellation of the last race on the Woodbine Mile (G1) card.

Jamie Dykstra, director of communications for Woodbine, confirmed that "we had a medical emergency that involved a track veterinarian near the starting gate of the last race. The decision was made to cancel the last race. The good news is that we have been told the vet is OK."

Ron Gierkink of Daily Racing Form said in a Twitter post Sunday that track veterinarian Dr. John Starmer reportedly was released from a hospital after a diabetic episode before the race.

He declined to identify the veterinarian, saying the incident involved an employee of the Alcohol and Gaming Commission of Ontario.

The AGCO had not responded to a request for comment Wednesday morning.

The race that was canceled was a $25,000 claiming race at seven furlongs and was the final event in the Pick 6. The last leg was treated as being a winner on all Pick 6 tickets.