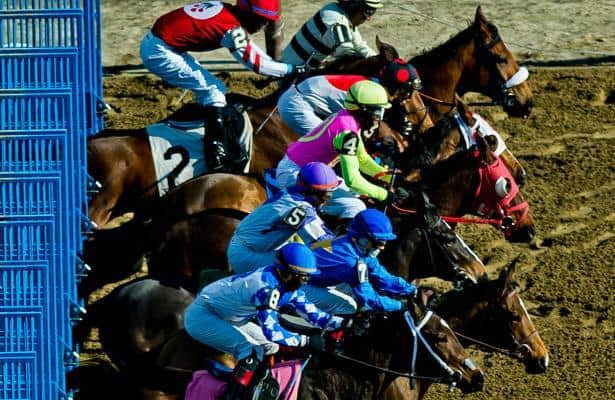 The New York Racing Association announced its stakes schedule for the 15-day Aqueduct Racetrack spring meet, which will feature 13 stakes worth $2.7 million in total purses. The spring meet will open on Thursday, March 31, and continue through Sunday, April 24.

The spring meet is highlighted by the 97th running of the Grade 2, $750,000 Wood Memorial, a nine-furlong test for sophomores on Saturday, April 9.

Should any horse in the field register a Grade 1 or Group 1 victory prior to running in the Wood Memorial, NYRA will increase the total purse by $250,000 if the qualifying horse is declared an official starter.

The lucrative Wood Memorial card features the first Grade 1 of 2022 on the NYRA circuit in the $300,000 Carter Handicap, a seven-furlong sprint for older horses. The stakes-laden day is headlined by the Wood Memorial, which offers 100-40-20-10 Kentucky Derby qualifying points to the top four finishers.

Bolstering the Wood Memorial day card are a trio of Grade 3 races: the $250,000 Gazelle at nine furlongs for sophomore fillies offering 100-40-20-10 Kentucky Oaks qualifying points to the top-four finishers; the $200,000 Bay Shore, a seven-furlong sprint for sophomores; and the $150,000 Distaff Handicap at seven furlongs for older fillies and mares.

Also featured on the Saturday card is the $100,000 Danger’s Hour at one mile on turf for 4-year-olds and up. Completing the weekend at the Big A on Sunday, April 10, is the $100,000 Top Flight Invitational at nine furlongs for older fillies and mares.

Opening Weekend of the spring meet on Saturday, April 2, will feature the $150,000 Excelsior (G3) at nine furlongs for older horses. Following the Wood Memorial card, Aqueduct will offer the $100,000 Plenty of Grace at one-mile on turf for older fillies and mare on Saturday, April 16.

Closing weekend of the spring meet offers the $200,000 NYSSS Times Square at 6 1/2 furlongs for eligible New York-sired sophomores and the $100,000 Woodhaven for sophomore turf routers on Saturday, April 23.

The 15-day spring meet will conclude on Sunday, April 24, with the $200,000 NYSSS Park Avenue at 6 1/2 furlongs for eligible New York-sired sophomore fillies and the $100,000 Memories of Silver for sophomore filly turf routers.

Aqueduct's entire schedule is available on the track's website.