With strong close, Royal Flag scores for Chad in Beldame 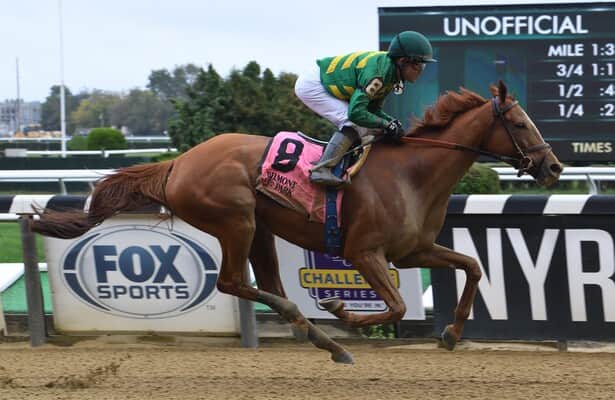 They do not all have to be turf winners for Chad Brown. The trainer who has made grass a winning specialty added a Grade 2 win on the dirt Sunday at Belmont Park.

By Candy Ride out of the Mineshaft mare Sea Gull, the 5-year-old winner had scored twice at the Grade 3 level before her successful step up on a harrowed main track that was rated good.

Royal Flag, who broke widest in the field of eight, was bred and is owned by William Farish. Asked what might be next for her, Brown’s assistant Dan Stupp said, “I’m sure Chad and Mr. Farish will consider the Breeders’ Cup (Distaff). We’ll get her back and see how she comes out of it, and they’ll come up with a plan.”