With Modernist, Mott aims for Derby win free of controversy 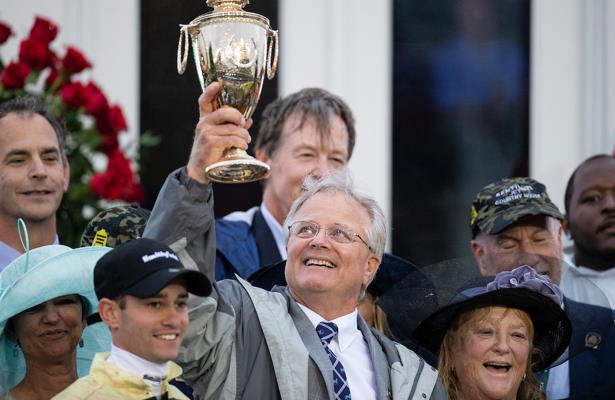 Trainers have often described winning the Kentucky Derby as an out-of-body type of experience, one Hall of Famer Bill Mott didn’t receive when Country House was placed atop the running order following a lengthy decision process last year at Churchill Downs.

Trainers also tend to say that winning one Kentucky Derby only ups the motivation to nab another. Given the way his first victory arrived, Mott understands that more than most.

“We were lucky. We were grateful,” Mott said, reflecting on Country House’s crowning, which came as the popular Maximum Security was disqualified for interference.

“But I really would like to win the Derby and have my horse finish in front. I’d like to have his nose get out there somehow and be the one in front — no objections and no controversy.”

Mott, who was 0-for-9 before Country House came along, should get another shot in the 2020 Kentucky Derby after Modernist went from maiden winner to stakes hero in the second division of Saturday’s Risen Star (G2) at Fair Grounds.

The Pam and Martin Wygod homebred son of Uncle Mo turned back Ny Traffic in the stretch, then held at bay the late rallying Major Fed by a length to earn 50 Kentucky Derby qualifying points.

A victory brought immediate comparisons to Country House, who also prepped at Fair Grounds before his 65-1 upset on the first Saturday in May.

Looking back, Mott wishes there was a better effort made by stewards to explain their decision to DQ Maximum Security for “lay people” who don’t follow racing on an everyday basis outside of Triple Crown season. The trainer said reaction to the call “put a damper” on Country House connections’ celebration.

“With that being said, Country House ran a terrific race,” he said. “I was really just so proud of him. I was proud of the way he ran, even though he didn’t cross the finish line first. We didn’t know there would be a disqualification. We were as thrilled having him being second.

“We were high fiving and jumping up and down and you’d have thought we won the race as well as he ran. To have him actually be put up as the winner was icing on the cake.”

The Derby was Country House’s final start. Coincidentally, on Friday night it was announced that he had retired after multiple health scares, including laminitis, which he is said to have overcome.

A day later, Mott jumped back in the Derby conversation with Modernist.

“It seems like he’s got plenty of stamina and, as you can see, he had tactical speed going into the first turn,” Mott said. “And besides that, he was a gem in the paddock. He walked over here like a professional — not like a horse that’s run two or three times, and they get a little wound up, they’re sweating, they’re a little overly anxious. The disposition becomes so important going into these races. If they handle it well, they recover so much better.”

Mott credit Fair Grounds and its parent company, Churchill Downs Inc., for awarding the full $400,000 in purse money for both Risen Star flights. With the race upped to 1 1/8 miles this season, it drew 23 entries and retained its points payout of 50-20-10-5 to the top four finishers.

“There’s a lot of people who want to find out about their horses this time of year, we being one of them,” Mott said. “If they didn’t split the race, we might have tweaked in on earnings, but I’m not exactly sure. If they’d had a 14-horse field, we might have been sitting out No. 14 or 15.

“…I just thought if there was any shot of doing what we wanted to do — going to the Derby — he had to run in here today to find out.”

Modernist made the Risen Star his fourth career start having improved as distances increased. At third asking, he broke his maiden Jan. 25 at Aqueduct going 1 1/8 miles, then returned in the Risen Star at the same trip.

Given the colt is out of a Bernardini mare, Mott says he’ll order up more distance in the March 21 Louisiana Derby (G2) at 1 3/16 miles.