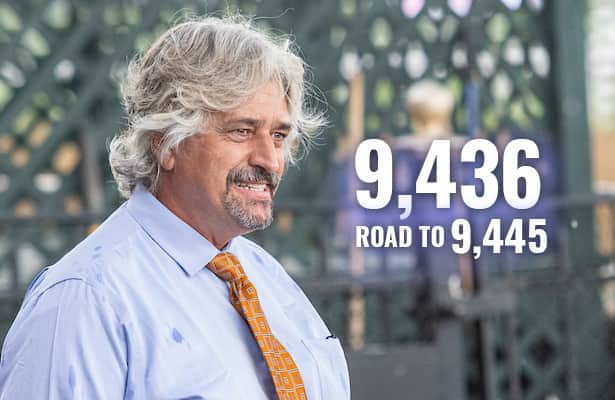 Hall of Famer Steve Asmussen starts two horses Thursday at Saratoga in his quest to become the winningest Thoroughbred trainer in North America.

Asmussen is averaging 1.47 victories per day in 2021. That puts him on pace to break Baird’s record on or around next Wednesday.

The world record may be 1 1/2 years away for Asmussen. Based in Peru, trainer Juan Suárez Villarroel has 9,874 victories, according to the website Página de Turf. Since last fall Suárez Villarroel has averaged about 0.75 wins per day, meaning Asmussen could catch him in early 2023 if both maintain their current win rates.