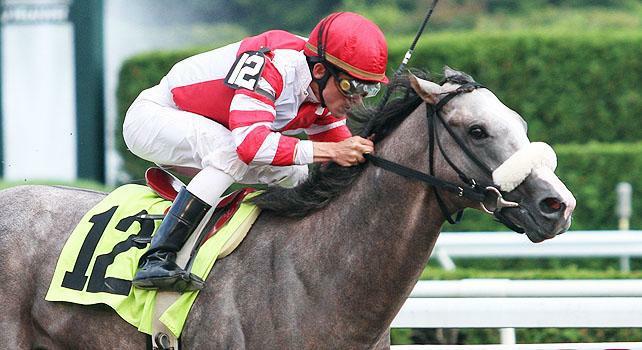 Holy Bull S. (G3) winner WINSLOW HOMER (Unbridled's Song) is off the Kentucky Derby (G1) trail after the discovery of a stress fracture in a cannon bone, according to a statement by owner Rick Porter on his website.

"Winslow Homer had a little sensitivity in his shin Sunday morning. We went over him with a fine-toothed comb and found a small stress fracture in his cannon bone, resulting in Winslow having to go on the shelf for the next 60-90 days," Porter said. "Winslow should return to training in early April. This is another tough luck story for me and the Fox Hill (Farm) fans but hopefully we will have a huge summer and fall with Winslow Homer."

Conditioned by Tony Dutrow, Winslow Homer has won his last three races since dropping his Delaware Park debut by a neck in July. He rebounded from that third-place finish to record a three-length maiden win at Saratoga over seven furlongs on August 22. He returned on November 20 and captured an allowance over a mile at Philadelphia Park by 12 1/2 lengths.