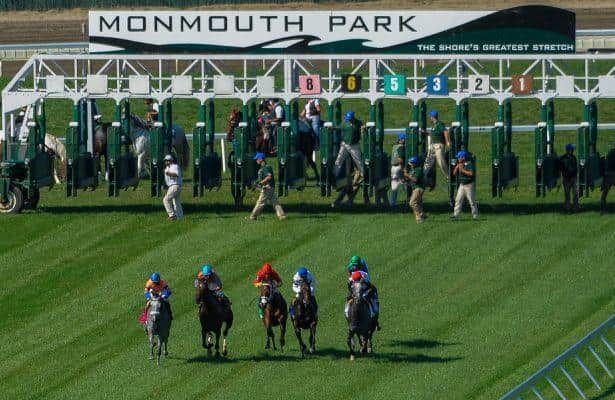 Winning the Medal looks for his first win over the Monmouth Park turf when he takes on eight rivals in Sunday’s $41,000 allowance optional claiming feature going five and a half furlongs.

The 6-year-old gelding by Medalist out of the Petionville mare Fountain is coming out of the My Frenchman Stakes at Monmouth on July 22 where he tried to save ground going into the far turn, but couldn’t sustain a rally late, finishing sixth behind front-running winner Snowday.

His only other try in Oceanport came in his 2017 debut, off a 9-month layoff, where he had to swing wide, but his late bid came up short finishing fifth behind Pool Winner, last year’s My Frenchman champion.

“He’s been in some tough races this year so far,” said Mike Farro, assistant trainer for Patricia Farro. “He hasn’t broke well in his starts which has hurt him. I’m very happy with how he’s doing and is well spotted here. I think he is sitting on a big race.”

Owned by R and L Racing, Winning the Medal found the winner circle most recently for his lone stakes victory of his career in the Marshall Jenney Handicap at Parx in September. He sat mid-pack along the backstretch before unleashing a big run to get up in time to score by a head. Emmanuel Esquivel was aboard for that win and will get the call again on Sunday.

To get back to the winners circle, Winning the Medal will have to get by two last out winners in the field. Louie Lunchbox, for Francisco Machado Jr., comes out of a narrow victory against optional claiming foes on the main track at Monmouth on Aug. 5 and Call Wil stormed home a three and a half length winner in a five furlong turf event at Parx on June 27.

The Tu Sello Latino Fest will highlight many of the traditional dances, food, arts & crafts and international artists of the many Latino cultures in the United States with activities all day long for the entire family.

Appearances and performances from Mexican actor, comedian and singer Luis Manuel Avila, actor and singer Luis Gatica and singer Rossina Silva will take place at the concert after the day’s live racing action.