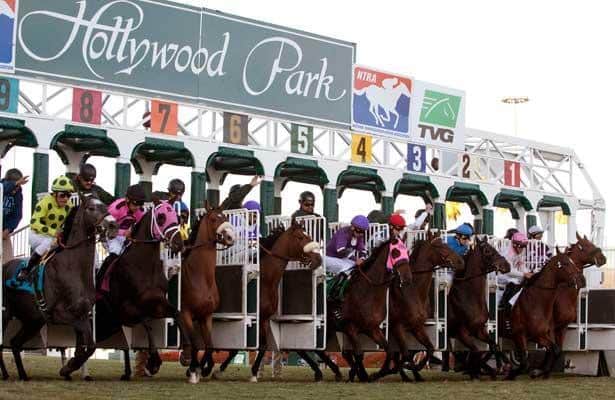 Willie B Awesome and Solid Wager, the 2-3 finishers in the Willard L. Proctor Memorial June 15, top the lineup in the Hollywood Juvenile Championship.

Owned by a partnership that includes Michael Byrnes, Patsy London, Kretz Racing LLC and breeder Terry Lovingier and trained by Walther Solis, Willie B Awesome has one win in three starts and earnings of $61,912. The Awesome Gamber colt out of the Nineeleven mare Cause I’m Tricky is a full brother to the multiple stakes winner Willa B Awesome.

Solid Wager, who finished a neck behind Willie B Awesome last month, has a win in two races for owners Gary and Cecil Barber and Stanford Stable and Miller, who won the 2011 Juvenile with Majestic City.

A son of Birdonthewire and the Valid Wager mare G Ma, Solid Wager has earned $30,000.

Alpine Luck comes off a maiden win June 22 in his third race for owner-breeder Heinz Steinmann and trainer Mike Harrington, who combined to win the 1996 Juvenile with Swiss Yodeler.

By Lucky J.H. out of the Swiss Yodeler mare I Can Yodele, Alpine Luck has banked $56,784. He has not been worse than third.

Ontology finished second behind Alpine Luck last month in his debut for Reddam Racing, LLC and Callaghan. The effort was worth $10,400 for the son of Tapit and the King of Kings mare Shytoe Lafeet.

Reddam Racing, LLC is also represented by the first-time starter Bond Holder. Conditioned by Doug O’Neill, who won the Juvenile in both 2008 (Azul Leon) and 2009 (filly Necessary Evil), Bond Holder is a son of Mineshaft and the Conquistador Cielo mare Cielo Girl.

Trainer Jeff Mullins supplemented Knock Em Flat to the Juvenile for $3,000. A rookie by Flatter and the Broken Vow mare Malamado, Knock Em Flat is owned by Sam Britt and Michael House.

Second in the trainer’s race behind John Sadler entering the final four days of the Spring/Summer meet, Mike Puype will send out firster Carson’s Ten for owner-breeder Joseph LaCombe Stables, Inc. The bay is a son of Rock Hard Ten and the Carson City mare Carson’s Dane.

What we learned: Life Is Good's speed carries him to Whitney win
As stated before on this blog, securing the lead i...
x