'Why not?' Clement may have his first Kentucky Derby horse 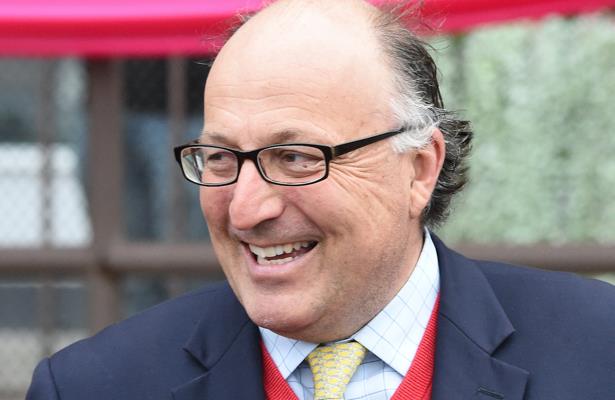 Speaking too confidently about a horse for the Kentucky Derby can be like wishing an actor good luck before a performance, or mentioning a basketball player's 90 percent accuracy just before shooting a free throw.

He has never won the Kentucky Derby. Never even had a horse in it. But in this odd year for the Triple Crown, Clement may have a candidate. When he was asked if undefeated Casino Grande is a Derby horse, he quickly answered this week, “Why not?”

Jinxes be damned. Coming off a 3 1/4-length victory Saturday in a better-than-average Gulfstream Park allowance, Clément expressed his confidence in a “very nice horse,” a Calumet Farm homebred that is now 2-for-2 and may yet wind up at Churchill Downs on Sept. 5.

“We were very conservative with him has a 2-year-old,” Clément said from south Florida. “He has had two nice starts this year.”

Bettors and at least one bookmaker are starting to notice. William Hill Nevada opened Casino Grande this week at 100-1 in its Kentucky Derby futures that show Nadal and Tiz The Law as 4-1 co-favorites. But that does not mean that this Cairo Prince colt out of a Tapit mare will be thrown into the deep end of the Derby prep pool just yet.

“The idea is for him to go to Belmont Park next week,” Clément said. “The Easy Goer Stakes would be a good race to come in, but we will keep him eligible for everything else.”

That conservative path continues then June 25 with an ungraded, 8 1/2-furlong, $100,000 race for 3-year-olds, skipping past the temptation of the truncated, nine-furlong, $1 million Belmont Stakes that will be run five days before.

“It was in the back of my mind,” said Clément, who won a 1 1/2-mile Belmont in 2014 with Tonalist. “But I think the Easy Goer would be a better start to go one step at a time and not to over-race him.”

Casino Grande was a 2-1 favorite in his debut March 14 at Gulfstream Park. He led the whole way in the maiden sprint for 3-year-olds and won by 1 3/4 lengths. It was hardly a world-beating effort. The field included three other first-time starters and four horses that finished no better than fifth in their last races.

Then came last weekend, when a one-mile allowance worth $46,000 at Gulfstream punched above its weight. Facing seven rivals that included three other last-time winners and two horses already in the Derby futures, jockey Irad Ortiz Jr. and Casino Grande stalked the pace before rolling by.

“He’s versatile when he’s training in the morning, and he shows it in the afternoon as well,” Clément said. “When you look at him he’s an average-sized kind of a horse. His strongest attribute is that he’s very athletic, and he’s a very good mover.”

Casino Grande is just one of the 3-year-olds that stand out in Clément’s barn that is typically rich in turf talent.

Grade 1 winner Decorated Invader came back from finishing fourth in the Breeders’ Cup Juvenile Turf last fall by winning his 3-year-old debut, the Cutler Stakes nearly two months ago at Gulfstream Park. Clément is thinking that his next stop is the one-mile Pennine Ridge Stakes (G2) on the Belmont Stakes undercard.

“We just have to check with West Point Thoroughbreds to be sure they’re comfortable with that,” he said.

Gufo has won his last three races, including this month’s English Channel over 8 1/2 furlongs at Gulfstream. Clément plans to ship him to California to run in the ungraded Cinema Stakes, a $150,000 turf race at nine furlongs June 6, Santa Anita Derby.

A filly bred in Clément’s native France, She’s My Type is a black-type stakes winner that tried a pair of turf mile stakes at Gulfstream. After finishing fourth and third in those, Clément said “we might try her sprinting and see what happens.” He said that the six-furlong Lady Shipman on June 21 at Belmont Park might be the next stop.

Because of the pandemic’s impact on the schedule, the Belmont Derby Invitational (G1) will not be run this year. That early July race might have otherwise been an attractive lure, especially for Decorated Invader and Gufo.

“There’s not much you can do about it,” Clément said. “I still think that at Saratoga we should have two or three nice turf races for 3-year-olds. That could fill the gap. The important thing is to keep the well-being of your horses, to keep them sound, and something good will happen.”

And if that happens with Casino Grande, that something good could be a shot at the Kentucky Derby.

“Of course, of course,” Clément said. “With the Derby being running September we’ve got plenty of time. So let’s go one step at a time.”

Ron Flatter has covered horse racing around the world for more than 30 years. Currently based in Nevada and working for the Vegas Stats & Information Network, he is host of the weekly Ron Flatter Racing Pod and on Twitter @ronflatter.