Who Has Zenyatta Beaten? 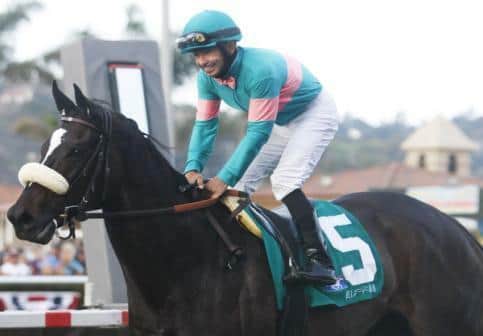 Nineteen up, nineteen down. Zenyatta has done it all. Her quest for a pair of perfect 10s comes in a few weeks at Churchill Downs with the world watching in the Breeders' Cup Classic. But there is an undeniable question standing in her way to 20 consecutive victories -- the competition.

Even the most staunch supporters of Zenyatta, and put me at the fore as I think she'll win the Classic for the second straight year, must admit that this will be, by far, her toughest test. Forget the discussion about the dirt surface. The hurdles left for Zenyatta to climb are horses like Lookin At Lucky, Quality Road and Blame. Just how good are those three? To me, they are far and away the three best main-track horses Zenyatta will have raced against in her career.

See where you think they would rank among the competition she's faced in her career. I've ranked Zenyatta's 19 best opponents over her 19-race winning streak. As you'll see, there are a lot of horses she dispatched in her memorable 2009 Breeders' Cup Classic win. Female runners (fillies/mares) are denoted with the (f).

19. Switch (f): A rising 3-year-old filly that upended this year's front-runner for championship honors (Blind Luck) in the Hollywood Oaks and has potential to be one of the West Coast's leaders upon Zenyatta's retirement. She was nearly up to the task against Zenyatta when nabbed late in the Lady's Secret this month at Hollywood Park.

Analysis: Use these 3 horses in the Pennsylvania Derby
Heavy favorite or not, the Grade 1, $1 million Pen...