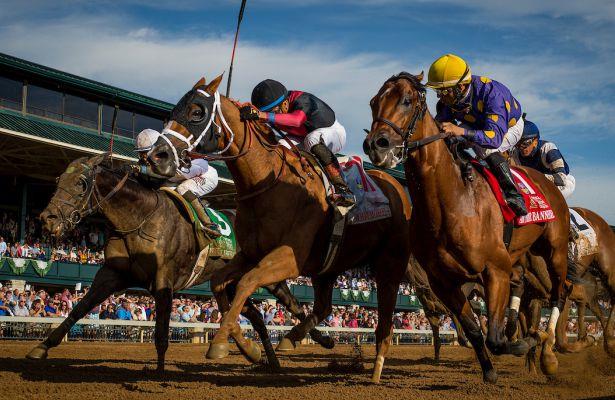 Photo: Alex Evers/Eclipse Sportswire
Indian summer weather and exciting racing combined to produce a near-record crowd of 19,204 for opening day of the Keeneland Fall Meet. On-track wagering rose eight percent to $1,470,920, and all-sources handle increased two percent to $8,756,822.
In the Stoll Keenon Ogden Phoenix, Whitmore ran down the pace-setting Awesome Banner to win by a nose with favored Limousine Liberal finishing another neck back in third.
Trained by Ron Moquett and ridden by Manny Franco, Whitmore covered the 6 furlongs on a fast main track in 1:09.90 and added $150,000 to his bankroll. The victory was the first graded stakes triumph at Keeneland for Moquett and Franco.
With the victory, Whitmore earned a fees-paid berth to the $1.5 million TwinSpires Breeders’ Cup Sprint (G1) to be run Nov. 4 at Del Mar.
Awesome Banner led the field of 11 through fractions of :22.27 and :45.75 with Seventh Sense (TUR) and Mr Manning in closest pursuit.
On the far turn, Whitmore angled to the outside and got first run at Awesome Banner with Limousine Liberal rallying even wider. Those three dueled to the wire as a team with Whitmore narrowly prevailing.
Whitmore posted his third graded stakes victory of 2017 and increased his earnings to $1,172,000 with a record of 15-8-2-3.
Whitmore is a 4-year-old Kentucky-bred gelded son of Pleasantly Perfect out of the Scat Daddy mare Melody’s Spirit.
He returned $8.80, $4.80 and $3.40. Awesome Banner, ridden by Jose Lezcano, returned $13.80 and $7.80 with Limousine Liberal, ridden by Jose Ortiz, returning $3.40 to show.
Threefiveindia finished another half-length back in fourth and was followed in order by Loose On the Town, Uncontested, Favorite Tale, Richard the Great, Mr Manning, It’s the Journey and Seventh Sense.

In Friday’s third race, Robby Albarado became the third jockey to win 500 races at Keeneland when he guided Breeze Easy’s Silver Defense ($13.80) to a head victory.
Albarado, who scored his first Keeneland victory during the 1996 Fall Meet, is the third-leading rider here by wins behind Pat Day (918) and Don Brumfield (716). Albarado has been the leading rider four times (Spring 2002, Spring 2003, Fall 2008 and Fall 2009).

“It’s a big honor, because considering all the great jockeys that come through Keeneland, it’s a feat in itself,” Albarado said while holding his young son, Liam. “Just to continue to ride for 27 years of my career and continue to ride at the highest level is such a pleasure and an honor – I mean, I can’t explain it. And (having) Pat Day in front of me and Don Brumfield in front of me – Hall of Famers – it’s just special. It’s a special place here.”

Asked about his favorite Keeneland memory, Albarado answered, “Every win. Fans don’t discriminate whether it’s a claiming race or a stakes race. They treat it just like every one (is the same). Just the fans here, the quality of the horses – it’s everyone’s favorite place.”

Keeneland honored 95-year-old Elias “Shug” White, the oldest known horseman from the old Kentucky Association track, which was located in downtown Lexington and operated for more than 100 years. 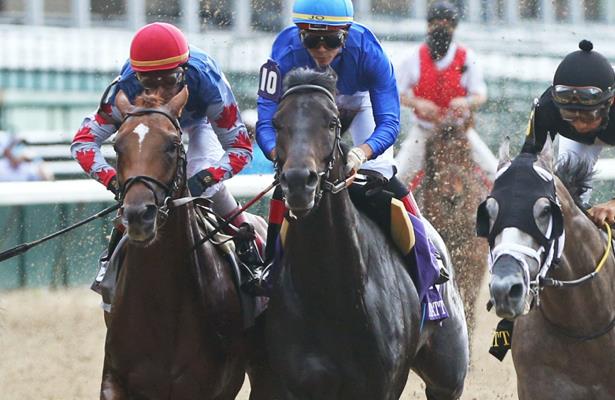 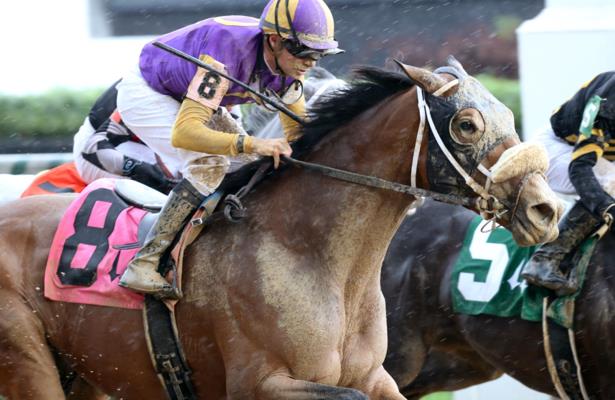 Owendale eyes graded company after 'the start of a big year'
Neither going a one-turn mile off a layoff nor hav... 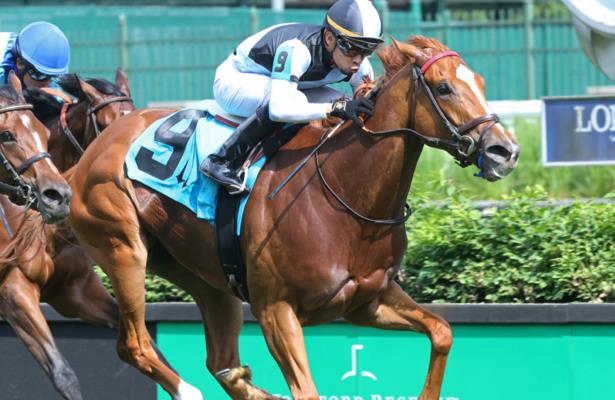 Royal Ascot's back on the radar for Tepin winner Sharing
Coming off her win in Saturday’s $100,000 Tepin St... 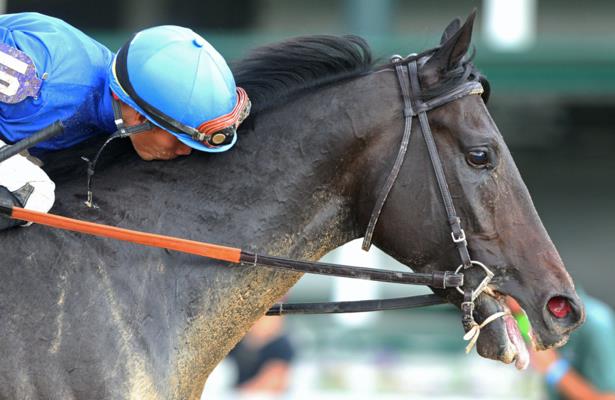 Who's in, out and on the 2020 Kentucky Derby points bubble?
Over Memorial Day weekend, horse racing is finding... 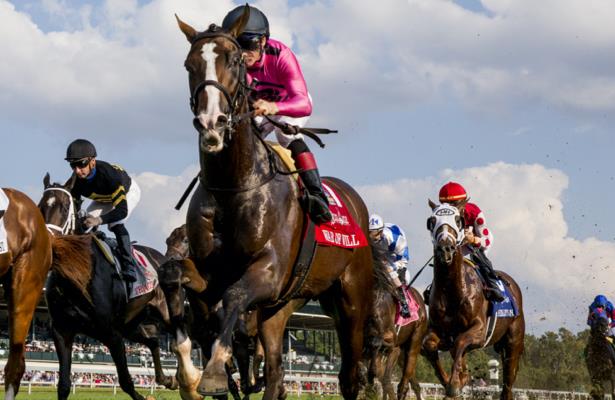 Analysis: 3 Shoemaker Mile alternatives to betting War of Will
After scratching out of a minor Gulfstream Park st...