Which weekend runners had the fastest speed figs? 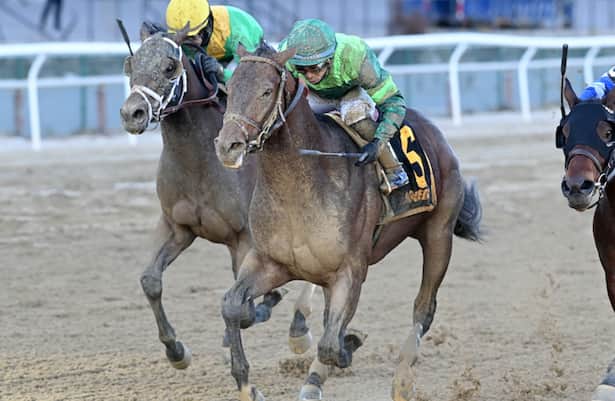 Miles D's win in the Discovery Stakes at Aqueduct on Saturday earned him the highest Beyer Speed Figure of the weekend.

The ride by Manuel Franco was good for a 102 Beyer, according to this Twitter post by "At the Races" host Steve Byk.

Maxfield's win in the Clark Stakes (G1) on Friday was more than a special performance by a special horse. It also earned him the highest TimeformUS Speed Figure of the day at 126.

Craig Milkowski of TimeformUS posted these results on Friday.

With Jose Ortiz aboard, Maxfield also earned a 99 Beyer Speed Figure from Daily Racing Form, according to Byk.

Smile Happy earned got a 90 Beyer, the highest among 2-year-olds during the weekend, for his win in the Kentucky Jockey Club (G2) under Corey Lanerie.

Others posting high Beyer figures, not including Sunday's Matriarch (G1) at Del Mar, included Just Might, who earned a 101 for winning the black-type Thanksgiving Classic at Fair Grounds, and two runners who posted 100s: Falls City (G2) winner Envoutante and Say the Word, winner of the Hollywood Turf Cup (G2).