Next? 'Scapegoat' Hollendorfer cleared to run at Los Alamitos 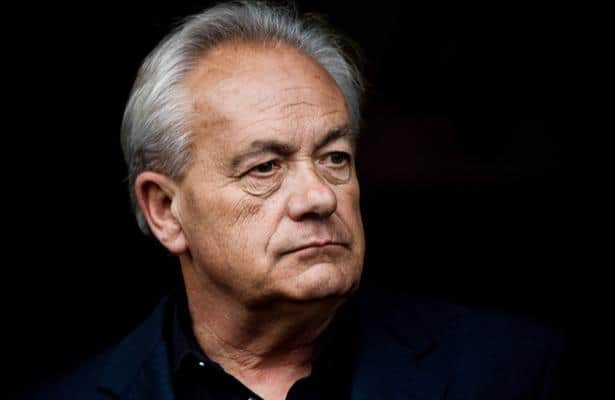 Jerry Hollendorfer said Saturday, upon learning he had 72 hours to vacate the barn area at Santa Anita Park, the trainer may step aside from the sport. But could he continue on in Southern California?

“Los Alamitos will gladly provide stalls to Jerry Hollendorfer, a Hall of Fame trainer and an unexcelled horseman,” said Ed Allred, owner and chairman of Los Alamitos. “Unless forbidden by the California Horse Racing Board, we intend to permit entries from Hollendorfer.

“We do not feel he should be a scapegoat for a problem which derives from a number of factors.”

Pressure appeared to be mounting on Hollendorfer Friday evening after a CNN report focused on the fact that of 29 equine fatalities as a result of racing and training at Santa Anita since Dec. 26, three came from the Hall of Famer’s barn.

On Saturday morning, a fourth horse broke down and had to be euthanized. A decision to ban Hollendorfer runners immediate from The Stronach Group’s properties — which includes Santa Anita and Golden Gate Fields in Northern California, where Hollendorfer is the all-time leader in wins — arrived swiftly.

After Los Alamitos’ meet, the circuit shifts to Del Mar on July 17. A track spokesman told Horse Racing Nation on Saturday that Del Mar officials are aware of Hollendorfer’s situation.

“At this point, we continue to gather information and discuss all possibilities,” a statement said. “We expect to arrive at a conclusion in a short while.”

Then there’s another interesting scenario: The Breeders’ Cup is scheduled to run Nov. 1-2 at Santa Anita. The championships essentially take over a facility, meaning Santa Anita as a private company may not be able to bar Hollendorfer’s runners.

A Breeders’ Cup spokesman said Saturday that due to the proximity of the ban, a decision has not been made on whether Hollendorfer could enter runners.

Among Hollendorfer’s top horses in training is Vasilika, a former claimer who won the Gamely Stakes (G1) on Memorial Day and figures to contend in the Breeders’ Cup Filly & Mare Turf division.

Hollendorfer, third on the all-time North American list with 7,617 winners during his career, described The Stronach Group’s ban as “pretty extreme.”

"I’ve been a Hall of Fame trainer for quite a few years now, and I’ve been on the racetrack for almost 40 years," he said Saturday. "I’ve run 33,500 horses. I haven’t had that many problems on injuries. I have had some injuries here at Santa Anita. I have lots of employees who work for me who are worried about — could they depend on me? I have about 100 horses that I’m training right now.”

The Stronach Group said in a statement that “Hollendorfer’s record in recent months at both Santa Anita and Golden Gate Fields has become increasingly challenging and does not match the level of safety and accountability we demand.”