What to watch for: Belmont Derby, Oaks probables listed 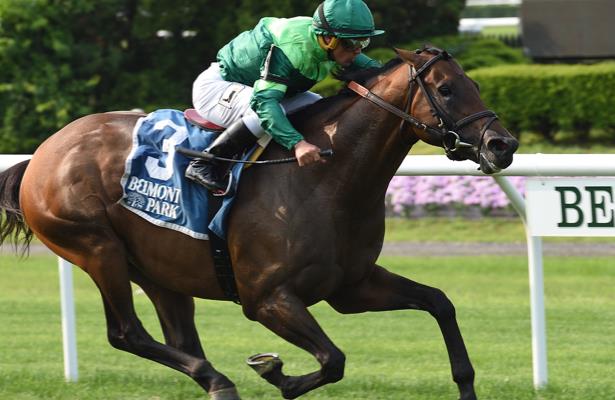 Brown’s bunch is leg by Digital Age, who won the American Turf (G2) on the Kentucky Derby undercard to move his record to 3-for-3. Demarchelier is another 3-year-old colt unbeaten in three starts with a last out graded win, taking the local Pennine Ridge (G3).

As for those familiar Triple Crown names, Plus Que Parfait exits an eighth-place finish in the Kentucky Derby, while Japan’s Master Fencer (fifth) and Todd Pletcher-trained Spinoff (sixth) last appeared in the Belmont Stakes.

O’Brien is bringing over from his European base Cape of Good Hope, the younger full brother of Highland Reel, and Blenheim Palace, a sibling of Churchill who owns a victory at the 10-furlong distance.

Mark Casse, who won two of this year’s three Triple Crown races, is in with a shot as well with Moon Colony, who stepped up to win the Penn Mile (G2) in his last start.

The high-profile companion race Saturday, the Grade 1, $750,000 Belmont Oaks, is another turf staple that will be well-stocked by the Brown barn.

Cambier Parc and Newspaperofrecord, the 1-2 finishers of Belmont’s Wonder Again (G2), lead his charges, with 2-for-2 allowance winner Cafe Americano also probable. Byrnes as of Sunday considered a fourth Brown charge, Beautiful Lover, only possible; she then went on to finish fifth later in the afternoon in Monmouth Park’s Open Mind Stakes.

A big challenge figures to come from Concrete Rose, who has trained toward the Belmont Oaks since tracking down Newspaperofrecord in the Edgewood (G3) on Kentucky Oaks day. The Rusty Arnold trainee counts the Breeders’ Cup Juvenile Fillies as her only defeat in five starts.

International runners also hail from Europe and Japan. O’Brien has Just Wonderful, a Group 2 winner who was fourth in the Breeders’ Cup and ran most recently at Royal Ascot. Hirofumi Toda-trained Jodie is on the grounds and will turn back to 10 furlongs from a 14th in the Japanese Oaks (G1) going 1 1/2 miles.

• The Suburban (G2) for older horses at 1 1/4 miles marks a return to dirt for Catholic Boy, who opened his campaign with a graded score on grass.

• The John A. Nerud (G2), a “Win and You’re In” toward the Breeders’ Cup Sprint, represents a drop in class for Promises Fulfilled, a previous winner in New York.

• The Dwyer (G3) for 3-year-olds going a one-turn mile marks the return of Shug McGaughey-trained Code of Honor, placed second in the Kentucky Derby.