What to watch for: Arc heroine Enable returns to the races 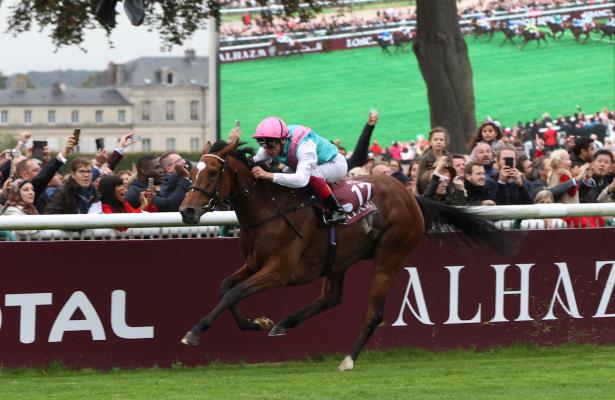 With Del Mar and Saratoga done for the summer, fall racing is about to pick up with final Breeders’ Cup preps in mind. Friday marks opening day at Belmont Park, and Southern California racing moves to Los Alamitos for the month before returning to Santa Anita Park.

Without any Grade 1 action this weekend, the turf horses seem to stand out, with stakes featuring a pair of Breeders’ Cup runners-up, 3-year-olds formerly on the Kentucky Derby trail and the return of an exciting European filly.

Here’s what to watch for this week:

The filly Enable took Europe by storm last year, finishing off a five-race streak of Group 1 wins in the Qatar Prix de l’Arc de Triomphe. After beating male rivals and older horses as a 3-year-old, connections wanted to prepare her for an even better season in 2018, but a knee injury in the spring set them back.

Enable will finally return Saturday in the 188Bet September Stakes at the English racecourse Kemptom Park. The Group 3 event will be at 1 ½ miles over a synthetic surface. The September Stakes will serve as a stepping stone for Enable to defend her title in this year’s Arc.

The Arc, 1 ½ miles over the turf, runs Oct. 7 at Chantilly in France. It was named the Longines World’s Best Horse Race for the second time in January.

The Mark Casse-trained Valadorna will make her first start on grass Saturday when she contests the Grade 3 Kentucky Downs Ladies Turf.

Runner-up in the 2016 Breeders’ Cup Juvenile Fillies, Valadorna missed most of her 3-year-old season before returning last November to win her first stakes in the Tiffany Lass at Fair Grounds. She has been on and off since, finishing sixth in the Grade 3 Houston Ladies Classic in January, rebounding to win Keeneland’s Grade 3 Doubledogdare, then finishing sixth in the Grade 2 Fleur de Lis Handicap at Churchill Downs in June.

The Ladies Turf, run at one mile, will slightly cut Valadorna back in distance from the route races she's been running. Casse also breezed Valadorna on turf once while at Saratoga. The daughter of Curlin traveled five furlongs over the Oklahoma turf training track in 1:02.19.

Valadorna’s stablemate Heavenly Love is also expected to run at Kentucky Downs. The 3-year-old filly is pointing to Sunday’s Dueling Grounds Oaks and will try to get back in the winner’s circle for the first time since April’s Grade 1 Alcibiades.

Since then he finished off the board in the Grade 3 Pennine Ridge, the Grade 3 Kent and the Grade 1 Secretariat. He’s the class of the Caesars field and has plenty of experience. An interesting opponent is Curlin’s Honor from the Mark Casse stable, who tried the Kentucky Derby trail in the Grade 2 Rebel this spring.

Another horse from the Kentucky Derby trail on the turf this weekend is World of Trouble. An impressive winner of the Pasco Stakes, World of Trouble returned to sprinting after finishing third in the Tampa Bay Derby. After winning his turf debut, he’s back on the grass in Saturday’s Allied Forces Stakes at Belmont.

World of Trouble was a 13 ¾-length winner in the Pasco but did not replicate that form when he returned to sprinting in the Grade 2 Woody Stephens, finishing fourth. He then switched to turf in Saratoga’s Quick Call Stakes, leading the 12-horse field gate to wire. Following that win, he’s received the highest weight assignment of 124 pounds in the Allied Forces over black-type winner Gidu at 122.