What they're saying: Trainers on their Belmont charges 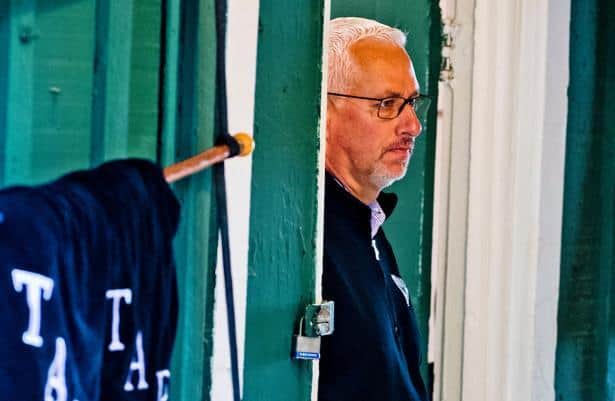 Ahead of Saturday's Belmont Stakes, the New York Racing Association Inc. gathered quotes from trainers of some of the 10 horses entered for the first leg of the refigured 2020 Triple Crown.

Here's a sampling of what they had to say about their charges for the classic:

Barclay Tagg, trainer of favorite Tiz the Law, who could give Tagg a career Triple Crown after he won the Kentucky Derby and Preakness Stakes in 2003:

"It means a lot. You don't get top contenders all the time. "He's a nice horse. Hopefully he's as good we think. You work every day seven days a week, you just hope nothing happens and nothing goes wrong. But so far, so good. We're pleased with the way he's been doing and we're ready for the race."

On how Tiz the Law, who drew post eight, has been training:

"I asked him this morning and he said 'don't worry about it. Nothing seems to faze him in any way. I'd have rather been a little closer [post position-wise], but I don't think it makes much of a difference. He's coming in good; I can't be happier with him."

"He arrived last night and ate everything this morning. So far, so good. He's very talented. He's been very good for us and trains his best all the time. We'll see how good he is Saturday. No question, Tiz the Law is the horse to beat, but he totally [deserves] this opportunity."

"I think there's a lot of talent there. I was very impressed by his maiden win," said Pletcher. "With the amount of adversity he overcame in the Unbridled, it seems like he's made a lot of progress in a short period of time. He's a big, strong horse that seems to be improving. This is a big jump up in class and he's a little light on seasoning, but he seems to have the talent."

Pletcher said the late-running Farmington Road would benefit from a solid early pace.

Linda Race looks to become the first female trainer to win a Belmont Stakes, with Max Player, who won the Withers (G3) on Feb. 1 in his last out:

"It would be great to win a Belmont or any Triple Crown race. [The Withers] was on Feb. 1, so we're looking at four and a half months. He has improved dramatically in his training the past 60 days. I'm excited about running him this week."

"He was never very tactical before," Rice said. "We had to work him in company with another horse to get him to perform and get enough out of his workouts. At this point, he's seasoned, he no longer needs any company and he relaxes early in his workouts. When we ask him to respond, he responds, so we've been very happy with him.

"I would prefer to be little further to the outside with a horse that doesn't like kickback, but we are where we are," she added.

Jamie Begg is an assistant to Mark Casse, trainer of Tap It to Win, who drew the No. 1 post position.

"We're the speed in the race, so the rail shouldn't hurt us as much as it might've hurt other horses in the race," Begg said. "There's speed outside of us, so it's not favorable necessarily, but I feel like with his style of running it shouldn't make as much of a difference.

Also, he said: "He came out of his last race great Initially the plan was to see if we could get his energy up coming back in two weeks, but the horse hasn't missed a beat and is probably training better coming out of that race than he was going into it. We're pretty excited."