What Kentucky Derby trainers, owners, jockeys had to say 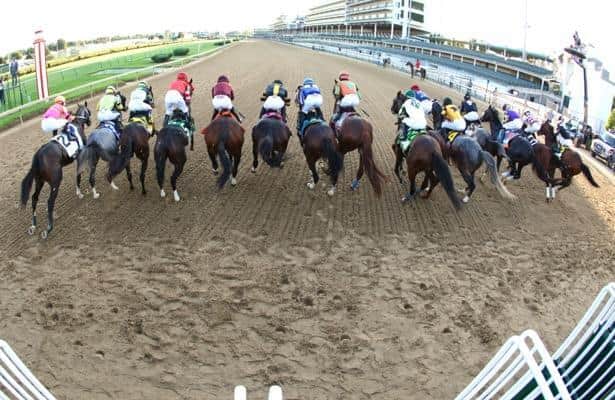 Fourteen horses on Saturday could only watch as Authentic crossed the wire first to win the 2020 Kentucky Derby.

Here is what trainers, owners and jockeys of some of the non-winners had to say about the 146th Run for the Roses.

“He’s run well every time. He ran a good race today. He got beat.”

“Even though it didn’t turn out the way we hoped it would, certainly no shame in the race he ran. He’ll be back. Hopefully he’ll come out of the race well and we’ll look to go onto Baltimore and hopefully win that and get some revenge.”

“I thought I was going to be right there third or fourth, and the trip was perfect, no excuse.”

“He ran huge. Quite a thrill. Going to the three-eighths pole, I thought we had a chance to win the whole thing. They didn’t quite come back to us. Just an incredible race on his part.”

“We just couldn’t be prouder. I stayed up until 1 a.m. Sunday night figuring out if I was going to run in the (Grade 2 American Turf earlier in the Kentucky Derby card) or the Derby and you see where we ended up.”

“I had a trip. That was what I was hoping for, you know, to get the right trip. Stuck in close, give him time to really, really run. They went on – they’re really nice horses. My horse tried his guts out. They never really came back to me. They were still running on the front end. He ran a huge race. I’m really proud of him.”

“(Jockey) Mike (Smith) said he was laboring at the beginning, that he just wasn’t getting a hold of the track.”

“I was proud that he still put in an effort and ran OK. It wasn’t his best race by no means. I never dreamed he would struggle with the track. When we saw him train over the track this week, he was bouncing over it, but it was sloppy. He seemed to like that. His deepier, cuppier track – he has a big ‘ol flat foot. He just couldn’t get a hold out of it.”

“The inside post hurt him. He stood there too long and didn’t break well. He left himself a ton to do but got up for fifth late. Just too much in front of him.”

“I was extremely proud of his effort and that is my first and foremost thought.”

“He ran a good effort. I just don’t think the pace came back enough for him.”

“I thought he was sitting a good trip but then he got in a little tight and after that he was done. But he just came by and he lost a front shoe and is cut up pretty good is in front and behind. We’re going to make sure he’s OK.”

“I think he ran all right. I’ve got to watch the replay. He got a long ways back and that really wasn’t our game plan. We didn’t want to be wide. We wanted to be on the inside. But a lot of things happen you know. A lot of horses. So we had to go around everybody. But it is what it is. He made a nice run. There’s not much more we can do there. Outclassed.”

“It was an amazing opportunity to run in the Kentucky Derby. We got in a really bad spot early in the race and James (Graham) had to fight him pretty hard.”

“We’ll get them next year.”

“It was definitely a weird situation with no fans. It was still the Derby nonetheless.”

“I had a good trip. I let the speed go. He settled nicely, made a nice move around the turn. Just flattened out late. Just might be a little too far for him.”