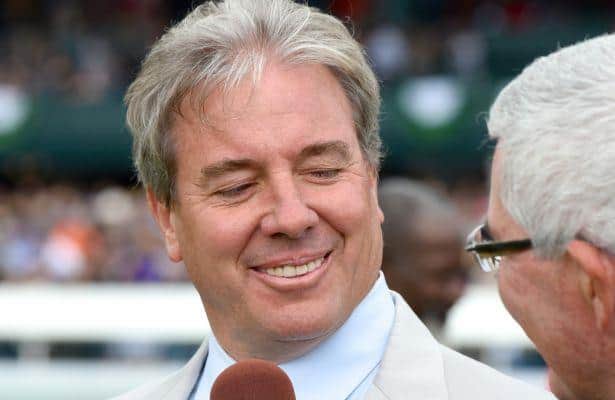 Trainer Wesley Ward, regarded as one of the nation’s top trainers of 2-year-olds, will take on the boys with his talented Irish-bred filly Amanzi Yimpilo in Saturday’s $100,000 Speakeasy Stakes at Santa Anita. The Speakeasy, to be contested at 5 1/2 furlongs on turf, has attracted a wide-open field of nine, with one additional filly, the Peter Miller-trained Feathers, set to compete.

A first-out maiden special weight winn,er at Gulfstream Park June 10, Amanzi Yimpilo was subsequently a close third in an ungraded stakes at Saratoga Aug. 19 and she’ll be ridden by eastern-based Luis Saez for the first time in the Speakeasy.

The Speakeasy is a Breeders’ Cup “Win & You’re In” Challenge Race qualifier, with the winner earning a fees-paid berth into the Breeders’ Cup Juvenile Turf Sprint at Keeneland on Nov. 6.

Purchased privately by Barber following his big maiden win on dirt Aug. 16, Miller immediately made plans to run on turf in the Speakeasy and secured the services of top jock Flavien Prat.  A Kentucky-bred colt by the Smart Strike stallion Dominus, Wyfire appears poised for a huge effort in what will be his third career start and first try on grass.

Quick from the gate, this Kentucky-bred colt by Twirling Candy showed the way in his five furlong turf debut on Aug. 14, tiring a bit late to finish second by a half length.  Off at even money and ridden for the first time by Umberto Rispoli, he rocketed clear of his competition and never looked back in a 3 ¼ length maiden score going five furlongs on turf Sept. 4.  If he runs back to his last race, Commander Khai should be plenty tough in the Speakeasy.