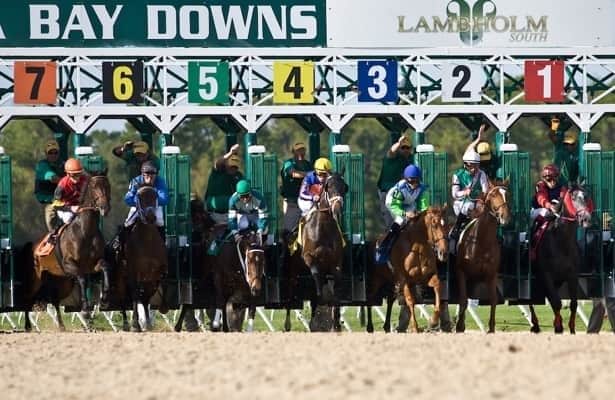 The Tampa Bay Downs meet is in full swing, as Week 2 is set to begin this Wednesday with an eight-race program. Here are my selections for five of the day’s events.

No. 7 Water Fight (9-5, morning-line favorite) finished with interest against classier foes on a soft Delaware turf course when last seen. She stands to improve on a firm surface dropping in with maiden claimers, and she gets in light with apprentice Madeline Rowland to boot. No. 8 Love Foreverafter (9-2) does not have impressive works ahead of her debut, but trainer Jorge Delgado is sharp and progeny of English Channel should always be respected on grass. No. 3 Ginettes On Fire (5-2) tired in a tougher spot on dirt at Aqueduct – the surface switch might work to the benefit of the Love Foreverafter stablemate.

No. 4 Stratford (6-1) tries a new low and returns to the dirt, which could wake up this son of Jess’ Dream. His only career victory came on this course last May. No. 3 Watch for the Lute (3-2, morning-line favorite) and No. 5 Sandy Dude (7-2) were both total no-shows in a cheaper claiming race at Gulfstream earlier this month, but their prior forms suggest that they’re logical win contenders here.

No. 2 Papa Jimmy (4-1) was a neck shy of winning two straight turf races at Delaware before settling for third on a soft course when last seen – fits well with these on speed figures. No. 1 Marquet Alice (7-2) was outfinished by the top choice earlier this year at Delaware but has hit the exacta in two straight – will be rolling late. No. 7 Barahin (6-1) reunites with trainer Alison Escobar after two dull efforts, which came after two exacta finishes at Colonial against similar company. However, his 2-for-23 lifetime record (4: 0-1-0 at Tampa) is concerning.

No. 6 Mr. Cash (even, morning-line favorite) has finished second in both career tries to date, but the third time should be the charm as the speed figures suggest he’ll overwhelm this bunch. Daniel Centeno sees fit to climb aboard. No. 3 Double Warrior (7-2) hasn’t shown much on other surfaces of late, but his dirt efforts at Tampa from earlier this year put him in the hunt for a share. No. 1 Guthrie Hall (4-1) was no match in two tries against Mr. Cash but doesn’t have much to beat to hit the board.

No. 4 Legend’s Song (3-1) was a decent second against a next-out winner on dirt when last seen – known quantity appears in line to post a mild upset in the feature. No. 6 Candy Arcade (4-5, morning-line favorite) has strong connections in her corner in Delgado and Carlos Rojas (16 percent) but has never competed on dirt. Despite good prior efforts against classier, she’s not a sure thing. No. 2 Social Elizabeth (7-2) is the best of the rest.

Robert Criscola is a free-lance writer based in New York.