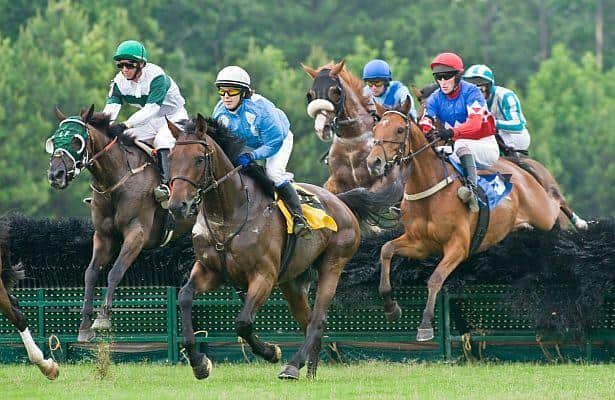 The Grade 1 Jonathan Sheppard Handicap, a steeplechase, is the feature on Wednesday afternoon at Saratoga. The 10-race program drew interesting fields – here are my top selections for five of the 10 heats.

No. 6 Snap Decision (6-5, morning-line favorite) was assigned a 164-pound impost for the Jonathan Sheppard Handicap but should win anyway. The two-time winner of the Iroquois (G10 and three-time winner at Saratoga is clearly the class of the field. No. 1 Down Royal (9-2) was last seen rallying to take the A.P. Smithwick (G1) at the Spa earlier in the meet, and extra distance could help him. No. 3 Song for Someone (5-2) was competitive in some tough jump races overseas but hasn’t raced since March; consider.

No. 1 Greeley and Ben (1-2, morning-line favorite) will represent the first starter for former New York Racing Association leading trainer David Jacobson since 2018 in this heat. He takes an aggressive class drop off the private sale, but it might simply be because Jacobson wants to return to the races with a bang. If Greeley and Ben is even 90 percent himself in this one, the 20-time winner will trounce this group. No. 4 Quick Return (4-1) moves up slightly off the claim by Joe Sharp and lures Luis Saez; second place is a strong possibility. No. 2 O’Trouble (5-1) tries slightly tougher following a win over this course but owns a 7: 2-1-2 record going six furlongs. Matt Shirer wins at 17 percent first off the claim as well.

No. 6 I’m Buzzy (4-1) ostensibly is meeting tougher shipping in from Monmouth, but this is a weak group of claimers assembled for this heat. She’s an appealing alternative to favored No. 5 Kemba (2-1) under red-hot rider Javier Castellano. Kemba ran second in back-to-back starts on the lawn at this level before checking in a dull fourth over this course last month – could atone under Joel Rosario. No. 8 Miss Invincible (20-1) has some dirtied-up form thanks to tough racing luck this year – not impossible underneath.

No. 7 Crypto Mama (3-1) ran second on debut at Monmouth last month and lures Rosario for this. Trainer Kelly Breen wins with 24 percent of his second-time starters. No. 3 Ruler of the Night (12-1) has long-shot appeal for trainer Steve Klesaris off solid morning works. Kendrick Carmouche should be aggressive with this son of Midnight Lute out of a dam who has produced five winners from seven starters. No. 6 U Glow Girl (5-2) ran third at first asking at Saratoga for Brad Cox last month – Flavien Prat stays aboard, and experience always helps in 2-year-old maiden heats.

No. 8 Dakota Gold (3-5, morning-line favorite) looks vastly superior to these on paper – the two-time stakes winner should make amends in this spot after failing to cash in as the favorite in the Rick Violette Stakes last time out. No. 3 Shinsun (8-1) closed with interest into a slow pace when last seen – this appears to be only a nominal hike in class and he retains Luis Saez. No. 10 Barrel of Quests (8-1) gives Jose Ortiz tactical options, which is important from this post. The speed figures put him in the hunt.