We the People will pursue Derby points after another romp 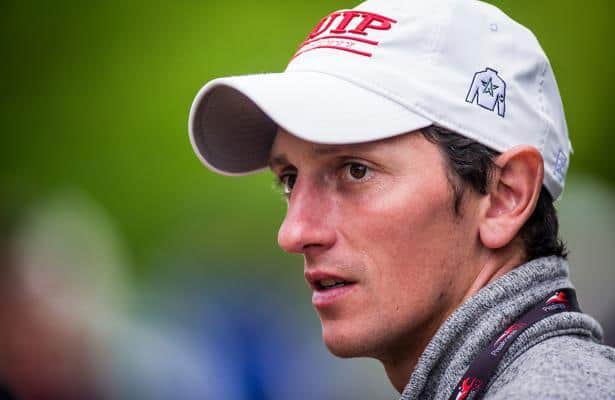 We the People (2-for-2) is headed to a major Kentucky Derby points race, but when and where haven’t been decided, trainer Rodolphe Brisset said Sunday morning.

We the People, using stalk-and-pounce tactics, cruised to a five-length entry-level allowance victory in Saturday’s fourth race at Oaklawn under Florent Geroux. We the People covered 1 1/16 miles over a fast track in 1:43.66 to earn a preliminary Beyer Speed Figure of 89, according to Daily Racing Form. A son of Constitution, We the People received an 83 Beyer for his front-running 5 3/4-length victory at a mile on Feb. 12.

“That was the whole plan, be able to gain some seasoning, some experience,” Brisset said. “He broke maybe a step slower than last time, and then he didn’t make the lead. But Flo got him into the race pretty good and let him do his thing. He didn’t use the whip, got him to work through the wire and even an extra sixteenth. Now, we’re going to see how he came out of it this morning, and the next couple of days we’ll have to make some plans, I guess.”

All four 1 1/8-mile races will offer 170 points (100-40-20-10) to their top four finishers toward starting eligibility for the May 7 Kentucky Derby. We the People likely would need a top two finish to secure a spot in the Kentucky Derby, which is limited to 20 starters.

“We’re right in the middle,” Brisset said. “Oaklawn’s right in the middle, so we can go left or we can go right. But I think we’re going to let the horse tell us. Three weeks to the Arkansas Derby can be a little tricky, but after that we’ve got five weeks for the big one if he does run 1-2. The four weeks, four weeks is not a bad thing, either, for the Blue Grass. Now, we have to ship him back home. He knows the track there.”

Yuugiri has 14 points to rank 16th on the official Kentucky Oaks leaderboard released Saturday by Churchill Downs. The Kentucky Oaks, the nation’s biggest race for 3-year-old fillies, is limited to 14 starters.

The Fantasy will offer 170 points (100-40-20-10) to its top four finishers toward starting eligibility for the May 6 Kentucky Oaks.

Yuugiri We the People Rodolphe Brisset