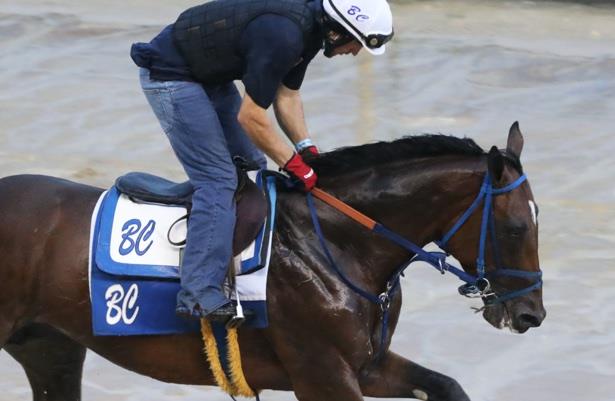 When Mr. Big News made his move in the Kentucky Derby, running down much of the field after being in 10th early on, it seemed he might have a chance. While Authentic had set the pace for the entire race, there remained uncertainty about whether the Bob Baffert-trained colt would be able to hold on.

“You hear the announcer give the call for Mr. Big News,” said Mark Toothaker, of Spendthrift Farm, one of Authentic’s owners. “And he’s just rolling around horses there on the outside.”

A Derby victory was not in the cards for Mr. Big News, who finished third after being one of the longest shots in the race and originally being slated for a turf race before opting to enter the Run for the Roses.

Now, the son of Giant’s Causeway is scheduled to run in the 2020 Preakness Stakes, where he will again will face Authentic as well as the likes of the Ellis Park Derby-winning Art Collector.

Even with the tough competition, owner Chester Thomas was unafraid going into the race.

Thomas acknowledged that the colt has not received respect from betters in the big races. Mr Big News opened at +1400 in the Circa Sports future odds, well behind favorites Authentic (+225), Art Collector (+425) and  Tiz the Law (+475).

In eight starts, Mr. Big News has two wins: He graduated on fourth try in a maiden special weight race at Fair Grounds in January, and he scored in the black-type Oaklawn Stakes in April. He finished sixth in the Blue Grass Stakes before heading to the Kentucky Derby.

“He’s just kind of a grinder,” Thomas said. “He hasn’t been a real flashy horse. We haven’t won a big race, and we’ve been in some tough races.”

Even so, Thomas liked his colt’s chances in the Preakness.

“It’s going to take a top effort,” Thomas said. “He’s really going to have to step up his game, so we’ll see. But he’s showed us he’s got it in him, and we’ll see how he does.”