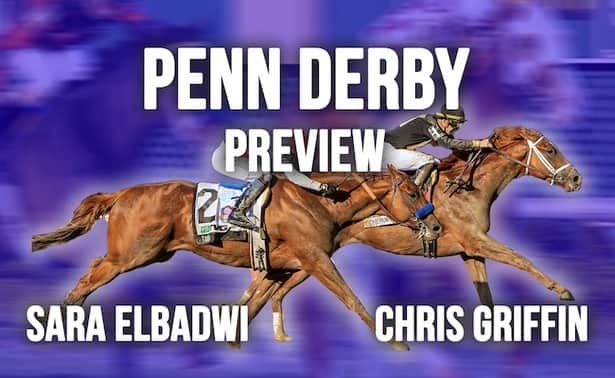 An action packed 13 race card awaits horseplayers and racing fans this Saturday at Parx. Track announcer Chris Griffin joined Sara Elbadwi to discuss the main event of the day, the Grade 1, $1 million Pennsylvania Derby. With end of the year divisional championships creeping closer, the 3-year-old picture could sharpen further into focus after Saturday.

Epicenter, winner of the Travers (G1), is arguably the current leader for champion 3-year-old male. Both Cyberknife and Zandon, the second- and third-place finishers respectively in the Travers, will return in the Pennsylvania Derby. Haskell runner-up Taiba is installed as the morning line favorite. Others that contended in the Kentucky Derby will return as well, such as Tawny Port, Simplification, and White Abarrio.

Bettors can access a special Paddock Prince sheet for Saturday's card at Parx. Handicapper David Levitch had a profitable Saratoga meet and has continued his winning ways through opening week at both Belmont at the Big A and Churchill Downs.