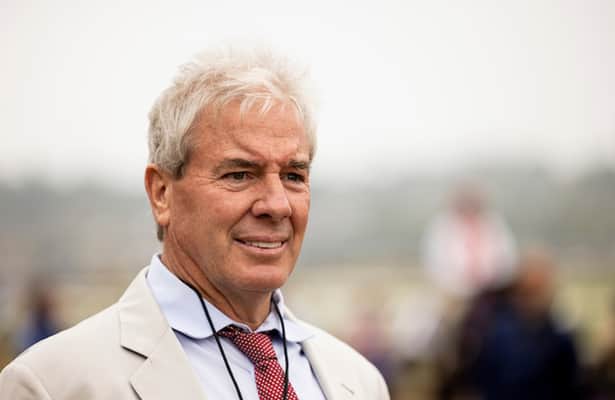 Strike the Tiger, trainer Wesley Ward's first winner at Royal Ascot, was one of three horses who died Sunday in a barn fire in Lexington, Ky.

Ward told Horse Racing Nation that the fire was at a Lexington barn he owns, and it was started by a lightning strike. He said investigators from the Lexington Fire Department told him lightning hit a service pole that fed into the barn. Keeneland had been closed earlier because of thunderstorms in the area, and Ward was at home at the time. He said the fire started at about 12:50 p.m. EST.

Strike the Tiger was a 15-year-old horse who won the 2009 Windsor Castle for Ward at 33-1. "He's the pony that goes over there every year," Ward said.

Also lost in the fire was Modesto, a 5-year-old ridgling who broke his maiden on his second try last April at Keeneland but didn't race again, and a 2-year-old sired by Hootenanny, winner of the 2014 Breeders' Cup Turf and the Windsor Castle Stakes at Royal Ascot for Ward.

Last month 12 Royal Ascot trophies were stolen from Ward's home in nearby Versailles, Ky. Ward said Sunday that he had not heard of any progress in recovering the trophies.

But the fire, he said, was "100 times worse than losing those damn trophies, I'll tell you that."