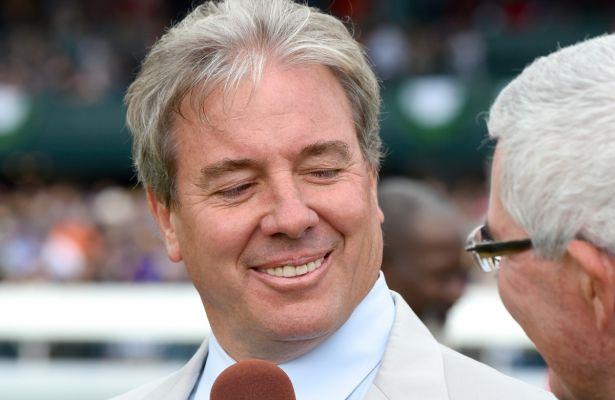 The daughter of Scat Daddy is the only 3-year-old in a field of nine fillies and mares set to compete in the five-furlong race over Churchill Downs’ Matt Winn Turf Course. The Unbridled Sidney is scheduled as the eighth event on Saturday’s 10-race program that opens with its first race at 12:45 p.m. (all times EDT). Post time for the Unbridled Sidney is 4:13 p.m.

Acapulco comes into the Unbridled Sidney off a Feb. 10 victory under over six rivals as the odds-on favorite under jockey Irad Ortiz Jr. in a six-furlong allowance race over the synthetic Polytrack surface at Turfway Park. The 1 ½-length triumph in her season debut improved her overall record to 2-1-1 in four races and lifted her career earnings of $210,254.

Ward’s filly had finished third under jockey Robby Albarado in her career debut last May at Churchill Downs, then crossed the Atlantic to collect her first career victory just five weeks later in Royal Ascot’s five-furlong Queen Mary Stakes (Group II). British riding star Ryan Moore was aboard for her successful debut on grass. Acapulco remained in England to complete her 2-year-old season at York, this time with U.S.-based Ortiz in the saddle, in a runner-up finish to Mecca’s Angel as the favorite in the Coolmore Nunthorpe Stakes (GI).

A favorite in each of her four career starts, Acapulco will break from post one in the Unbridled Sidney. Albarado will return to the saddle aboard Ward’s filly, who will carry 116 pounds in her first test against older rivals, all of whom have a 121-pound impost.

Ward will be looking for his second stakes victory of the Churchill Downs Spring Meet. The trainer saddled Silverton Hill LLC’s Silvertoni to the win the $100,000 Kentucky Juvenile during the track’s Kentucky Derby Week Thurby celebration.  He also will saddle Don Alberto Stable’s Tesalina (CHI), third to Miss Double d’Oro in the March 18 Arboretum II Stakes over the 6 ½-furlong downhill turf course at Santa Anita, in the Unbridled Sydney. Julien Leparoux will ride the 5-year-old daughter of 2000 Kentucky Derby winner Fusaichi Pegasus who will break from post seven.

Older rivals hoping to knock off Ward’s young and emerging star in the Unbridled Sidney include KMN Racing’s Lindisfarne, fourth for trainer Steve Asmussen in the listed Giant’s Causeway at Keeneland, and G. Watts Humphrey Jr. and St. George Farm Racing’s Late Spring, a 4-year-old Speightstown filly coming off a win in sprint allowance on the Keeneland grass for trainer Vicki Oliver.