Walsh 'had to back off' Plus Que Parfait; no Belmont Stakes try 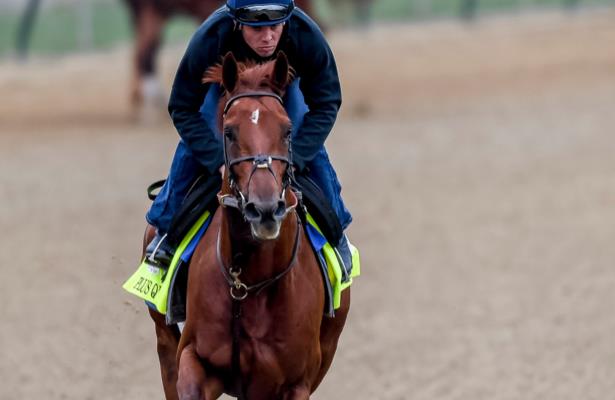 Trainer Brendan Walsh said that he is still weighing options for Plus Que Parfait, who has yet to breeze since his eighth-place finish in the Grade 1 Kentucky Derby.

The June 8 Belmont Stakes -- a race Walsh initially speculated could be that spot leaving the Derby -- is no longer under consideration.

"I had to back off of him a little bit," the trainer said said. "We're looking for another spot for him but nothing is decided yet."

The son of Point of Entry, who won the UAE Derby (G2) at Meydan Racecourse in his start prior to the Run for the Roses, broke his maiden at third asking over the main track at Keeneland where he defeated eventual graded stakes winners Harvey Wallbanger and Cutting Humor.

Bred in Kentucky by Calloway Stables, Plus Que Parfait is the second foal out of the Awesome Again broodmare Belvedera. He was purchased for $135,000 at the 2017 Keeneland September Yearling Sale.

Who's in, out and on the 2020 Kentucky Derby points bubble?
For the first time in the history of one of the mo...

Dean Martini raises the bar for his one-horse stable owners
To Annie Jessee of Louisville, just having the cha...