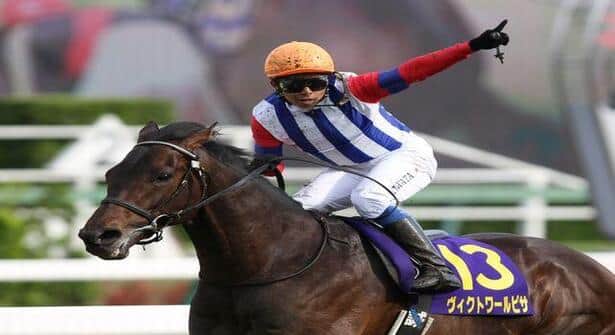 The 2011 edition of the Dubal World Cup ended up being a showcase for Japan as horses from that ailing country took the top two spots with Victoire Pisa and Transcend.

Transcent went straight to the front over a tiring Tapeta surface at Maydan with eventual winner Victoire Pisa sitting back in last before launching an agressive wide early move under Mirco Demuro.

The streaking Japanese duo battled through the lane with Victorie Pisa edging a game Transcend.

Monterosso did the home team proud in a solid show finish for Godolphin.

It was a roughly run race with a pedestrian pace. The final time for the 2,000 meter race was a slow 2:05.94. Fly Down found early trouble and some others were compromised as well, including post time favorite Twice Over.