Vet: Newspaper ‘had an agenda’ with Baffert investigation 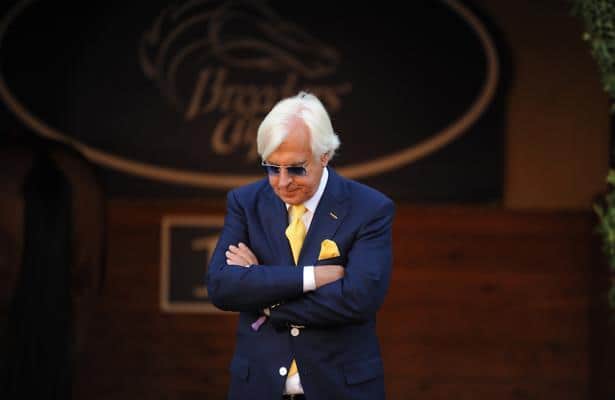 One of the prominent figures interviewed for a Washington Post story critical of Hall of Fame trainer Bob Baffert said the writers “had an agenda when they wrote the piece” that outlined a career checkered with horse deaths, medication violations and insider politics.

“It was typical of a story from non-racing writers,” said Dr. Rick Arthur, the retiring equine medical director for the California Horse Racing Board.

Based on analysis of data and public records, The Post pointed out that 74 horses died in Baffert’s stable since 2000, doing so at a per-race rate higher than other trainers who were among the 10 with the most equine fatalities in California.

The story also said Baffert enlisted the support of fellow directors of the Thoroughbred Owners of California and, through campaign contributions, state Assembly Adam Gray (D-Merced) to try and subject Arthur to term limits that would have pushed him out his job.

That was eight years ago, when Baffert’s barn was under state investigation for the sudden deaths of seven horses. While Arthur eventually said Baffert’s use of thyroxine on the horses was “troublesome,” he stopped short of blaming the drug for the deaths.

“Any suggestion that the sudden-death investigation was influenced by any politics is absolutely incorrect,” Arthur told Horse Racing Nation on Friday. “The only people who thought Bob Baffert was exonerated were Bob Baffert’s attorneys.”

The Post story also said four horse owners hired private investigators to unearth incriminating evidence against Baffert. That mission was suspended in 2015 because, the story said, “it could damage the sport” while the racing industry was basking in Baffert’s Triple Crown victory with American Pharoah.

Asked if he would comment on the story, Baffert’s Kentucky lawyer Craig Robertson said in a text message, “No and will not.” Robertson is defending Baffert in matters related to Kentucky Derby winner Medina Spirit testing positive for betamethasone, saying the medication was not applied intentionally or with any attempt to enhance the colt’s performance.

Baffert did not respond to a request for comment.

You may read The Post story on Baffert here.