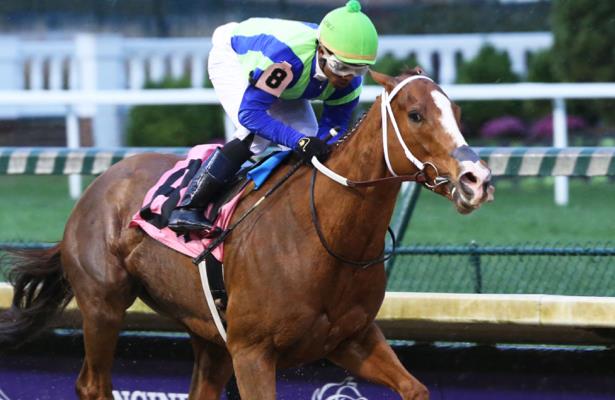 Multiple graded stakes winner Vertical Oak, set to make her first start since capturing the Dream Supreme on Nov. 4 at Churchill Downs, will headline a competitive field of five in the 33rd edition of the $100,000 Garland of Roses for fillies and mares 3-years-old and up going six furlongs on Saturday at Aqueduct Racetrack.

The opening stakes on the first Saturday of the Winter meet at the Big A, the Garland of Roses will kick off the winter and spring meets that features a total of 52 stakes worth more than $7.3 million in purses, highlighted by the traditional spring showcase, the Grade 2, $750,000 Wood Memorial on Saturday, April 6.

A 4-year-old daughter of Giant Oak, owned by Kirk and Judy Robinson in the care of Hall of Fame conditioner Steve Asmussen, Vertical Oak kicked off her 2018 campaign with a third-place finish in the Carousel on April 7 at Oaklawn Park.

She finished second in the Grade 2 Honorable Miss Handicap on July 25 at Saratoga Race Course and third in the Thoroughbred Club of America on October 6 at Keeneland, along with wins in the Skipat at Pimlico Race Course and Open Mind at Churchill on September 15 .

In search of her second consecutive win, Vertical Oak will depart from post 5 with Eric Cancel in the irons.

The winner of the Pumpkin Pie on October 28 at Belmont Park, the 3-year-old filly sired by Flatter has four wins from seven starts, with three at the Garland of Roses distance. Her record also includes a pair of third-place graded stakes finishes in the Grade 3 Victory Ride and Grade 3 Charles Town Oaks.

"She's continued to train well coming out of the Pumpkin Pie and we're excited about running her at this distance in which she's had success," Rice said. "She ran well at seven furlongs last out, and we're hoping she can work out another good trip in here."

Set to make her first start at the Big A, Sower will leave from post 3 with Junior Alvarado aboard.

Dream Pauline is looking to rebound off a third-place finish in the Dream Supreme for Stonestreet Stables and trainer Kiaran McLaughlin.

A 3-year-old home-bred filly by Tapit, Dream Pauline made a stellar debut this summer at Saratoga Race Course in which she bested a field of six by six lengths. Following up with a two-length allowance win on August 2 at the Spa, she entered the Dream Supreme.

"She's doing very well," said McLaughlin. "She had a rough trip at Churchill, but since then she appears to be rounding back into form. She's a very talented filly so we're excited about her prospects."

Drawing the rail, Dream Pauline will be ridden by David Cohen.

Initially Purchased for $8,000 as a 2-year-old, the now 4-year-old Kantharos filly has amassed $435,627 in earnings from 19 starts with two wins from three starts at the Big A. Most recently, she captured the Autumn Days moved off the turf on November 25, by 5 ¾ lengths recording a personal best 96 Beyer Speed Figure.

"She came out of the Autumn Days super," said Barker. "That was our main reason for running back here. She's continued to flourish coming out of that race and we know she likes it here at Aqueduct so we're thrilled to run and like our chances."

Yorkiepoo Princess will leave from post 2 with Dylan Davis aboard.

Also entered is Tigalalu, for owner John O'Connor and trainer Mark Hennig, who will make her stakes debut after most recently finishing second on November 7 at Aqueduct.