Verbal sounds off with victory in Cecil B. DeMille at Del Mar 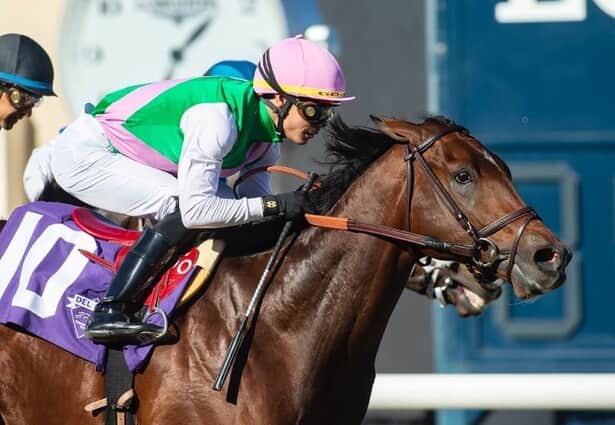 Juddmonte Farm’s Verbal took his cues smartly from Jose Ortiz and closed nicely through the lane to take down the eighth edition of the Grade 3, $102,500 Cecil B. DeMille Stakes by a half-length at Del Mar in Sunday, closing day of the fall season.

“He won easy last time, but that was against maidens,” Ortiz said. “He was running against winners today, much better horses. I knew there would be speed in the race so, even though I had the outside post, I was able to drop over and save some ground. He came running when it counted. The boss (trainer Chad Brown) knows how to spot a horse. He had it right today.”

Finishing second in the turfer was Drakos and Hanson’s long shot Barsabas, who nipped Kretz Racing’s Cabo Spirit by a nose.