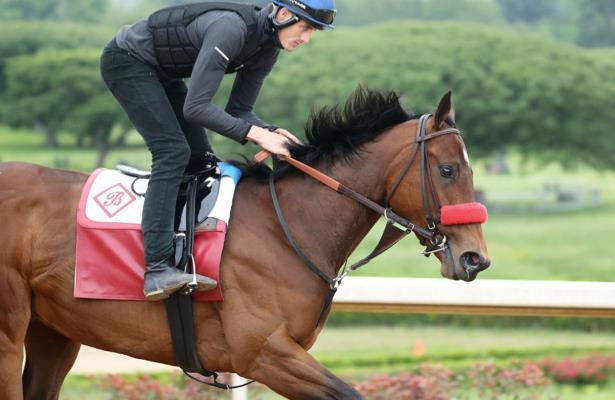 Trainer Richard Baltas has a string of horses at Churchill Downs, but for now Venetian Harbor will remain at Keeneland following her neck victory over Finite in Saturday’s $200,000 Raven Run (G2).

“She will stay at Keeneland for now, and we will see how she is doing in the next few days,” Baltas said via text Sunday morning.

Owned by Ciaglia Racing, Highland Yard, River Oak Farm and Domenic Savides, Venetian Harbor may have earned herself a spot in the $1 million Breeders’ Cup Filly and Mare Sprint (G1) here on Nov. 7, a spot that co-owner Joseph Ciaglia said was likely after the race.

Venetian Harbor found herself on an uncontested lead and was able to hold off Finite to secure her second Grade 2 victory. The win snapped a string of three straight runner-up finishes for Venetian Harbor, including a second to Gamine in the Aug. 8 Test (G1) at Saratoga most recently.

The runner-up finish by Finite came on her first start on dirt in seven months.

“Yesterday was a big effort and we’ll see how she trains going forward,” said David Fiske, Racing and Bloodstock Manager for Winchell Thoroughbreds, the principal owner in the filly’s partnership group, via text. “There are no plans for her yet. We all were pleased to see her return to a level of competition that we thought she was capable of.”

Trainer Cherie DeVaux said Lael Stables’ Reagan’s Edge, who finished fourth beaten a nose for third and less than a length for the win, came out of the race in good shape.

“She ran her heart out yesterday and is a little tired this morning,” DeVaux said. “She is nominated to the (Qatar) Fort Springs (here on Nov. 7) but that may be coming back a little quick.”