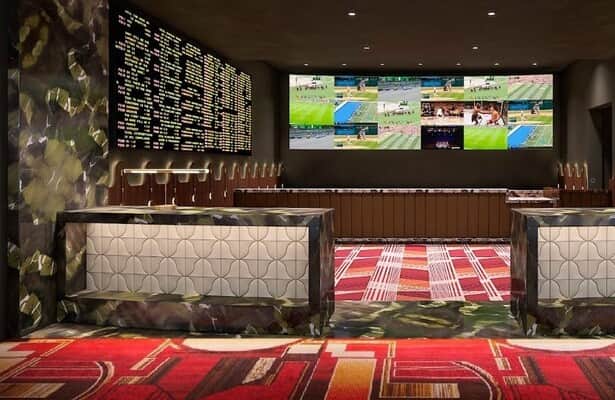 Nevada resorts are racing the clock to avoid a disruption in betting on the Kentucky Derby for the third straight year because of a contract impasse between the Nevada Pari-Mutuel Association and Churchill Downs Inc.

Both the pari-mutuel association, which represents about 90 racebooks in Nevada, and the company confirmed this week that negotiations are continuing, and several racebook operators said they are hopeful that a contract will be signed in time for the Run for the Roses on May 7, based on updates they have received.

“Things are looking very optimistic, and I’m just hoping that a deal gets done in time,” said Duane Colucci, race and sportsbook manager at Rampart Casino in the Summerlin area of Las Vegas.

If not, horseplayers who find themselves in Nevada on the first Saturday in May again will be faced with limited wagering opportunities on the year’s biggest day of horse racing.

The dispute over how much casinos in Nevada should pay for the Churchill Downs’ simulcast signal dates to Oct. 27, 2019, and has prevented racebooks in Las Vegas, Reno and elsewhere from taking bets on races from the Louisville racetrack ever since, with one big exception.

Under a workaround approved by Nevada gambling regulators, they have been allowed to take wagers on “nationally televised races” from Churchill Downs, a carve-out designed specifically to allow for betting on the Kentucky Oaks and Kentucky Derby that was expanded last year to include the other graded stakes on the cards that were included in the NBC broadcast.

But because the racebooks are not able to co-mingle wagers with the Churchill Downs pari-mutuel pool, they are on the hook for any losses they might incur, prompting those that elected to offer betting on the Oaks and Derby to improvise their own wagering menus.

Last year the Rampart, its sister property at the South Point and most other Las Vegas racebooks that cater to horseplayers offered full odds on win, place and show bets but capped payouts on daily doubles, Pick 3s, exactas and trifectas – generally in the 150-1 to 500-1 range, depending on the bet – and did not offer other exotic wagers.

Others, including the Golden Nugget and the Circa sportsbook at the D Las Vegas, decided to keep it simple and offer “win” betting only.

Racebook managers say the arrangement, while better than having the race blacked out, is far from ideal for them and their customers.

For one thing, managers and employees have had to dust off skills that haven’t been used since the advent of simulcasting to book the bets, just as they do with baseball, football and other human contests of skill.

“I didn’t turn down a bet last year, but you do have to be careful and keep everyone on their toes, because you’re booking it,” said Mary Jungers, racebook manager for the South Point.

She also noted that several players complained when their payouts on the Derby trifecta were capped at 500-1 despite the signs warning of the limits she posted all around the property’s dedicated 175-seat racebook.

“That is a really bad customer experience, and we hate that,” she said.

Colucci said his customers also were put off by the caps on exotic wagers.

“In my books, guys love the exotics and they put in sizable tickets,” he said. “Las Vegas has always been synonymous with ‘we take everything,’ and to be on the outside looking in was pretty upsetting.”

While the stalemate remains, there are positive signs that were absent in the last two years.

A breakthrough in the negotiations in December allowed racebooks to resume taking races from other Churchill Downs Inc. properties that had previously been withheld, including Fair Grounds and Turfway Park, as well as from Oaklawn Park, which contracts with the company for distribution of its simulcast signal.

That has led to an improved atmosphere at the ongoing talks between the two sides, which Patty Jones, executive director of the NPMA, and Tonya Abeln, a spokeswoman for CDI, confirmed were continuing. Abeln said a management update on the talks from CDI’s negotiating team was expected this week.

In the event an agreement is not reached, the pari-mutuel association is expected to file a request with the Nevada Gaming and Control Board a week before the races seeking permission to take wagers under the workaround approved two years ago, known as Reg. 22.080. It is expected that the request would be approved as it has been the last two years.

“The board is hopeful that the negotiations are successful,” board spokesman Michael Lawton said in a statement on Monday. “However, if they are not, we could consider any waiver requests submitted pursuant to Reg. 22.080 as we have done previously.”

In the meantime, racing fans with plans to be in Nevada for the Kentucky Oaks and Derby will need to stay abreast of the negotiations and check on the wagering menus of their favorite racing emporiums in the event a deal is not reached. Otherwise, it might make more sense to stay home or plan a road trip to a neighboring state such as Arizona, California or Idaho with full access to the Oaks and Derby cards.

Mike Brunker has covered horse racing since the 1980s for numerous media outlets, including the San Francisco Examiner, MSNBC.com (a.k.a. NBCSports.com) and the Las Vegas Review-Journal.