2 riders are hurt, 1 horse dies in spill at Aqueduct 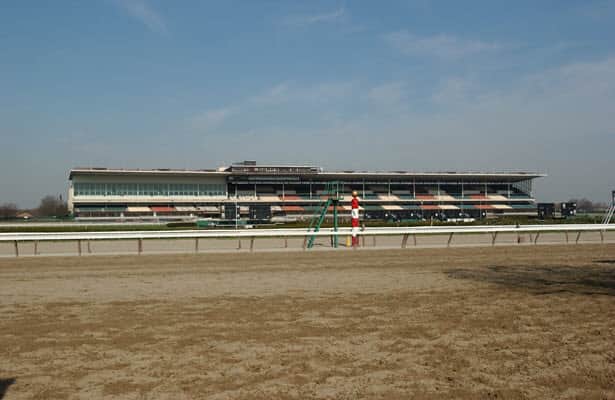 Two jockeys were hurt, and one horse died as a result of a spill in Saturday’s final race at Aqueduct.

Jorge Vargas Jr. and Dylan Davis were taken on small stretcher boards to an ambulance after their mounts went down in the far turn of a six-furlong maiden race for 3-year-old fillies bred in New York.

Davis suffered a broken clavicle and “will out 6-8 weeks,” his agent Mike Migliore told Horse Racing Nation in a text late Saturday.

Agent Jimmy Riccio said in a Tweet that Vargas is “doing OK” in spite of some back pain as he was “on his way to Jamaica Hospital to get an X-ray.” Riccio later said he was still waiting for test results, according to New York Racing Association spokesman Keith McCalmont.

As the field was making the turn, Kiss Me Dave retreated from a wide forward move and broke down. Tellaperfecttale was trailing and got caught up in the spill, unseating Davis. Maybe I Know then threw her rider Nik Juarez as they tried to avoid Vargas.

McCalmont said Maybe I Know and Tellaperfecttale walked off under their own power as did Juarez.

Kiss Me Dave was a $20,000 Palace filly making her racing debut for trainer Carla Morgan and owner David Dobson.