Valiance to scratch from Ogden Phipps with temperature problem 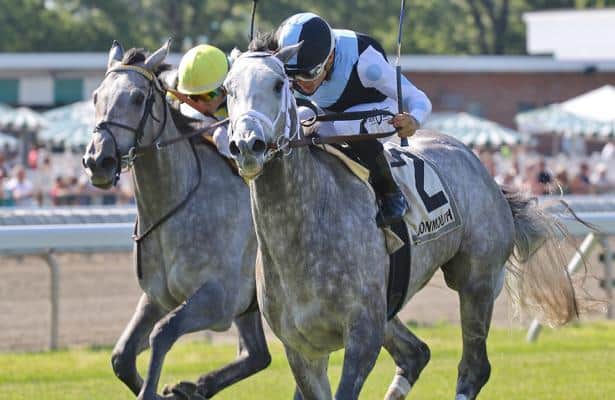 Valiance, the Todd Pletcher trainee slated to make her 2021 debut in Saturday's $500,000 Ogden Phipps (G1), will be scratched from the race.

Pletcher confirmed to Horse Racing Nation that the 5-year-old daughter of Tapit would miss the race because of a problem with her temperature.

After finishing sixth in last year's New York (G2) on turf, Valiance won an allowance at Colonial Downs, also on grass, before switching to dirt and reeling off wins in the Eatontown Stakes at Monmouth Park and then the Spinster (G1) at Keeneland in October. In the Breeders' Cup Distaff, she would finish second by 1 3/4 lengths to Monomoy Girl.

Valiance had been the fourth choice at 4-1 on the morning line in the Ogden Phipps, after the formidable Letruska, Swiss Skydiver and Shedaresthedevil. Her recent works include five furlongs in a bullet 59.6 on May 21 at Belmont.