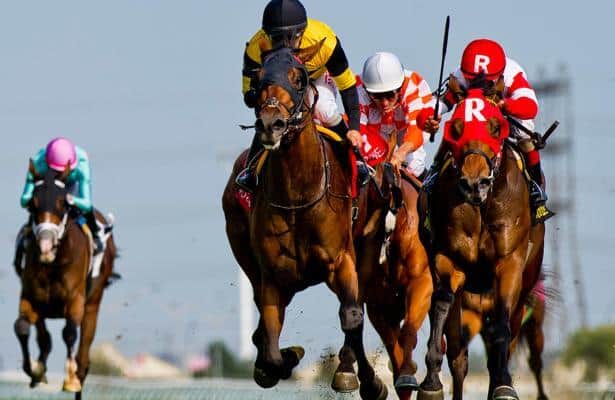 The son of Animal Kingdom will be seeking his first victory of the season. In his most recent effort, the Kentucky-bred conditioned by Graham Motion finished fourth in the Grade 3 Pennine Ridge over the Belmont Park turf on June 2. He has a career record of two wins, two seconds and two thirds from nine starts with earnings of $403,150.

After closing his 2-year-old campaign with a second in the Breeders’ Cup Juvenile Turf, Motion is a little frustrated the talented Untamed Domain has not found the winner’s circle after four starts this season.

“I think his form from the Breeders’ Juvenile Turf was phenomenal,” said Motion. “There have been a good number of horses that have come out of that race and performed very well, so in that light, it is a little frustrating. It is also frustrating because I know how much ability the horse has. In his last race, the prep for the Belmont Derby, I kind of blame myself. We took him out of his running style a little bit and it just did not work out. On Saturday, we are going to let him run his race, and Jose Ortiz will be back to ride him. He knows him very well, so we are certainly very happy to have him back on board.”

Motion is very happy with the way Untamed Domain is coming into the race.

“I am very happy with him,” Motion said. “His last work was a little slow, but that was over the Fair Hill turf course where they tend to go a little slow because it is uphill. I am also happy we only have to go a half-hour down the road to run in a graded stake with him, instead of shipping to Kentucky or Belmont. So it is a very logical spot for him.”

Reddam Racing’s Blame the Rider, who has made all eight of his career starts at Santa Anita, rates as the second choice. This year, the son of Jimmy Creed has a record of two wins, a second and a third from eight starts. In his latest, the Kentucky-bred trained by Doug O’Neill ran second in the $100,000 Rainbow Stakes on the grass on June 16. Previously he won the one-mile $100,000 Singletary Stakes.