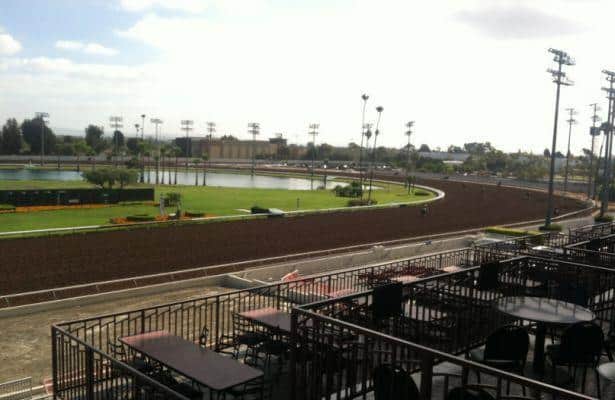 Rapacious, an unraced 2-year-old trained by Bob Baffert, was humanely euthanized Tuesday after a post-training accident that occurred as he was on his way back to the stable area at Los Alamitos.

Rapacious had completed his morning exercise and was just about to exit the track when he reared, and then reared a second time, according to a news release from the track. He lost his balance in the process and fell over on his back. Rapacious was immediately attended to by veterinarians on duty for morning training at Los Alamitos.

After further medical examination and observation, it was reported that Rapacious had been humanely euthanized because of a back injury. Exercise rider Enrique Garcia, who was aboard Rapacious, was uninjured.

Purchased at the 2021 Keeneland September sale by SF Bloodstock, Starlight Racing and Madaket Stable, the son of Into Mischief was out of the Quality Road mare Princess La Quinta.

Los Alamitos is conducting a full review of this incident, according to the release.

This was only the fourth horse to have died in Baffert's care since 2019.

According to the Los Angeles Times last October: "Carson Valley was killed in a freak accident in 2019 at Del Mar when a loose horse crashed into the Baffert trainee. And Noodles died May 22 of a non-exercise induced respiratory issue. In the past three years, there were 188 deaths involving either racing or training in California. There were at least 39 trainers with more fatalities to their name than Baffert during that period."