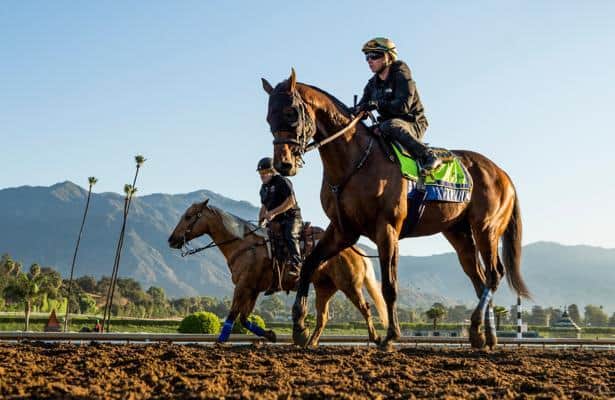 Amid the ongoing debate over track safety, medication and whips in Southern California, a poll commissioned by Connecticut's Quinnipiac University and published this week found that 19% of California voters have a favorable opinion of horse racing.

Additionally, 20% find it unfavorable and 59% expressed no opinion on the sport, while Tim Malloy, assistant director of the poll, concluded that "after the deaths of 23 race horses at California's most storied race track, the governor wants answers and so do voters."

In a separate question, according to the Quinnipiac news release, 55% of California voters feel that Gov. Gavin Newsom should create an independent panel to investigate the racehorse deaths at Santa Anita.

In terms of favorable/unfavorable opinions of horse racing, Quinnipiac, which uses its polling center to gauge public opinion on a number of topics, broke down responses by location and age. In L.A. County, where Santa Anita is located, 17% of respondents voiced favorable opinions. Demographically, the favorable results were: 18-34 (11%), 35-49 (22%), 50-64 (19%) and 65-plus (25%).