Undrafted vs. Power Alert in Shakertown 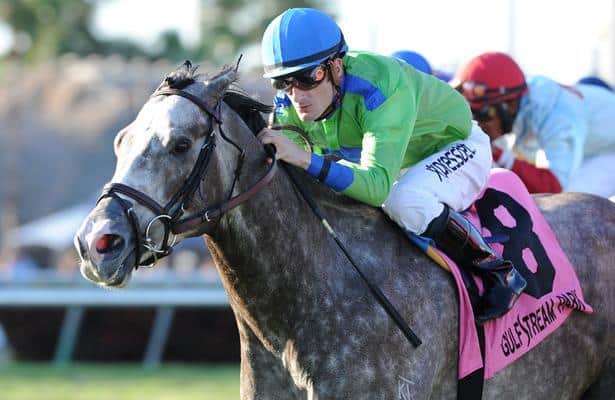 The Shakertown, run at 5½ furlongs on the turf, will be run as the eighth race on Saturday’s 11-race program with a post time of 4:42 p.m. ET.

Trained by Wesley Ward, Undrafted won the Jaipur (G3) last June at Belmont Park and trained over the Keeneland turf course prior to his Breeders’ Cup run last year. Undrafted worked Tuesday morning here over the grass on the first day of turf training this spring.

John Velasquez, who was aboard Undrafted in the Jaipur victory and last year in the Breeders’ Cup, has the call Saturday and will break from post 13.

Power Alert, trained by Lynch, won the Silks Run at Gulfstream on March 14 in his most recent start. Both of his U.S. victories have come at five furlongs with Julien Leparoux aboard. Leparoux will be back aboard Saturday and break from post position 10.