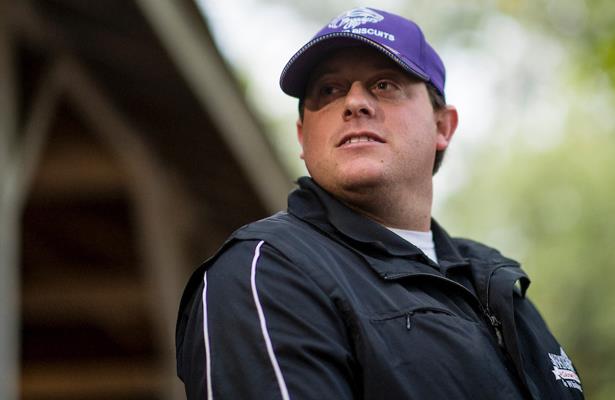 Chad Summers and J Stables' undefeated Truth Hurts will make her stakes debut in the $100,000 Busanda, a key steppingstone towards the Kentucky Oaks, on Feb. 2 at Aqueduct.

The talented Ontario-bred Summers trainee will also be nominated to the $500,000 Woodbine Oaks on June 6 and the $1 million Queen's Plate on June 27. Holy Helena in 2017 was the last filly to win the Woodbine Oaks and go on to defeat the boys in the Queen's Plate, first leg of the Canadian Triple Crown.

"She will be Canadian Triple Crown nominated," Summers said. "It seems like fillies have done really well lately in the Queen's Plate up there."

Bred in Ontario by Bill Graham, the Tonalist bay was purchased for $35,000 at the Keeneland September Yearling Sale.

"The day we bought her it was pouring down rain and yearlings tend to be jumping around in that weather, but this filly walked out and couldn't care less," Summers said. "She had a presence about her. She was on the small side and I think that's why we were able to get her at that price.

"She got started out with Randy Bradshaw in Ocala and then moved over to Susan Montanye, who broke Mind Your Biscuits for me," said Summers, referencing his multiple Grade 1-winning New York-bred now standing stud in Japan. "We took her to the 2-Year-Olds in Training Sale at Timonium to gauge the interest and she worked in 10 and 3, which was the same time Mind Your Biscuits worked. We liked her too much and took her out of the sale and trained her for a little while."

Truth Hurts trained up at Belmont and through the summer at Saratoga before Summers stopped on the filly.

"She was doing well but she hit the wall at Saratoga," Summers said. "With her pedigree, we thought she'd be better in route races, so we sent her to the farm for 45 days and she came back a different horse. She's trained forwardly ever since and hasn't missed a beat."

Truth Hurts was sent to post at 11-1 in her Dec. 8 debut at the Big A and rallied to a half-length score in a 6 1/2-furlong sprint. With Luis Rodriquez Castro up, Truth Hurts overcame brushing the gate and won a rousing stretch battle with the David Duggan-trained favorite Halo City.

"She was a little green turning for home, and she was a little distracted, but Luis did a great job with her," Summers said. "The big thing is she has a will to win and to fight horses.

“Every time she breezed, she always won the breeze. Once you get her into a fight, we thought she would respond. The Duggan horse was in front of her by three lengths at the eighth pole, and she was able to reel her in."

She followed up with a smart two-length score when stretched out to a mile in a Jan. 5 Aqueduct allowance, besting stakes-placed foes Autonomous, a well-bred Chad Brown trainee, and likely Busanda rival Quality Heat.

"She ran against two stakes-placed horses and it was a great race experience for her to drop in between horses and re-rally," Summers said. "She put Autonomous away and really galloped out strong at the end."

Summers said he is looking forward to next weekend’s nine-furlong test for his undefeated filly.

"The Busanda has been circled on our calendar since she came back and the first start worked well as a step to getting her to a mile," Summers said. "It's still only the third start of her career. Going a mile and an eight is a difficult thing to do for 3-year-old fillies, but we think we'll be ready for the distance."