Stallion fees being slashed for 2021 amid uncertainty 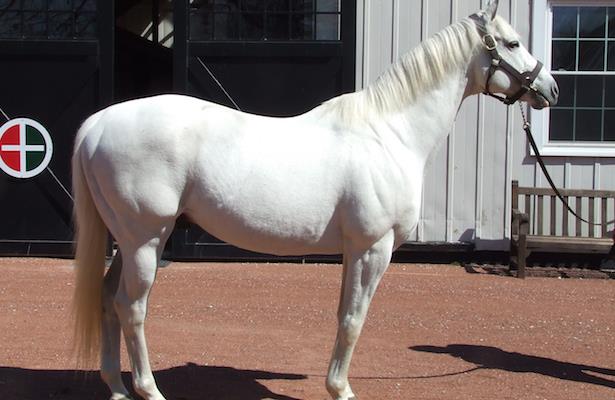 As stud farms continue to release their stallion fees and rosters for 2021, it is becoming clear that fees are down across the board as breeders deal with the pandemic and reduced demand at public sales.

WinStar Farm, another top stud farm in central Kentucky, has dropped 2021 fees for a majority of its stallions. Like Spendthrift and WinStar, a notable reduction in fees has similarly played out at stallion stations across North America.

“Breeders are the backbone of our industry, and the bottom line is that stud farms only go as breeders go. We are all in this together,” B. Wayne Hughes of Spendthrift said in a press release announcing 2021 fees. “Our team recognizes the challenges of the times and how the entire breeding community has been affected this year. If we had room to lower a stud fee, we did it.”

Most farms attributed the fee cuts to this year's economic struggles stemming from the coronavirus, but also indicated it is unclear whether fees will rebound in 2022 and beyond.

“Between predicting the economy and predicting the horse business, I’m not sure anybody can give a good answer to that,” said Ned Toffey, Spendthrift’s general manager. “I just know we’ll do this, we thought it was important to work with breeders this year and we’ll look at how things are next year.”

Into Mischief's top runners this year include Kentucky Derby winner Authentic and multiple Grade 1 winner Gamine among other Grade 1 winners.

“There’s a certain level who, to a certain degree are immune to all this,” Toffey said. “I won’t speak for other people, but certainly in our case, we’ve got a horse that’s just a truly remarkable horse and continues to do bigger and better things every year.”

The drop in stud fees comes in an industry that has seen a decrease in demand for its services in recent years. A report released by the Jockey’s Club detailing mares bred for 2020 reported a 4.3 percent drop. Yearling sales have also been down.

Theoretically, the decrease in demand could mean a drop in stud fees was due even without a pandemic. At the Keeneland September sale, there was a 36 percent drop in revenue as 600 fewer horses sold than in 2019.

While the drop in revenues is steep, it has happened before. The bottom fell out of the horse racing industry at the end of the 2000s as 'The Great Recession" hit the U.S. economy.

According to numbers released by Keeneland, September yearling sale revenue was down 14.8 percent in 2008. In 2009, the sale reported record declines, with sales dropping from over $328 million to more than $198 million.

“This feels different to me,” Toffey said of comparisons to the late 2000s crash. “Because of the pandemic situation it just has a different feel to me… this pandemic came out of left field and this is as tough a time as I can recall for breeders.”

In that go around, recovery started to ramp up in 2012 with jumps in median sale price and average sale price. In 2013, the recovery began in earnest, with a major increase to gross receipts, from $226 million in 2012 sales to $287 million, according to Keeneland numbers.

The Keeneland September sale did not beat the numbers reported in 2008 until 2018.

According to Toffey, Spendthrift will continue to try to make the numbers work for both the farm and breeders in the coming years.

“If this can’t work for them financially, it doesn’t matter who has the stallions,” Toffey said. “We can all battle it out for who stands which stallion or what the stud fees ought to be, but if this doesn’t work for breeders, we have no industry.”