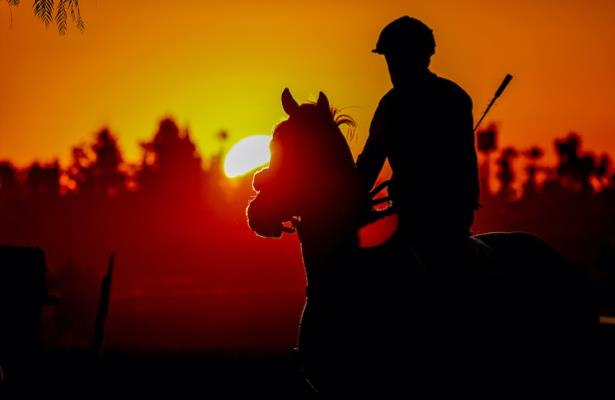 Defendants Scott Robinson and Sarah Izhaki each pled guilty Wednesday to conspiring to unlawfully distribute adulterated and misbranded drugs for the purpose of doping racehorses in connection with the two cases in which they are charged, United States v. Robinson, 20 Cr. 162 (JPO), and United States v. Izhaki, 20 Cr. 161 (MKV).

Acting U.S. Attorney Audrey Strauss said:  “Scott Robinson and Sarah Izhaki represent the supply side of a market of greed that continues to endanger racehorses through the sale of performance-enhancing drugs. Each of these defendants provided the raw materials for fraud and animal abuse through the sale of unregulated and dangerous substances:  Robinson’s products were manufactured in shoddy facilities with no professional oversight of their composition; Izhaki’s products were smuggled into the country and sold from cars in supermarket parking lots.

These convictions show that our Office and our partners at the FBI are committed to the prosecution and investigation of corruption, fraud, and endangerment in the horse racing industry."

From at least in or about 2011 through at least in or about March 2020, Robinson conspired with others to manufacture, sell, and ship millions of dollars’ worth of adulterated and misbranded equine drugs, including performance-enhancing drugs intended to be administered to racehorses for the purpose of improving those horses’ race performance in order to win races and obtain prize money.  Robinson sold these drugs through several direct-to-consumer websites designed to appeal to racehorse trainers and owners, including, among others, “horseprerace.com.”

Robinson contributed to the conspiracy by, among other things, sourcing chemicals used to create custom PEDs that were advertised and sold; falsely labeling, packaging, and shipping those PEDs to customers across the country, including in the Southern District of New York; and collecting, reporting, and responding to employee and customer complaints regarding the misbranded and adulterated products advertised and sold online.

The drugs distributed through the defendants’ websites were manufactured in non-FDA registered facilities and carried significant risks to the animals affected through the administration of those illicit PEDs.

For example, in 2016, Robinson received a complaint regarding the effect of his unregulated drugs on a customer’s horse: “starting bout 8 hours after I give the injection and for about 36 hours afterwards both my horses act like they are heavily sedated, can barely walk.  Could I have a bad bottle of medicine, I’m afraid to give it anymore since this has happened three times.”  Commenting on this complaint, Robinson wrote simply, “here is another one.”

In a separate conspiracy, from at least in or about February 2018 through at least in or about November 2019, Izhaki conspired with others to transport, sell, and deliver, tens of thousands of dollars of erythropoietin, a “blood builder” drug intended to increase a horse’s racing performance, which had been smuggled into the country from Mexico.  This drug was covertly transported into the United States and sold by Izhaki, who believed it would be used by racehorse trainers to illicitly improve their horses’ race performance.  Izhakialso offered for sale amphetamines, and a substance that Izhaki referred to as “the Devil,” which Izhaki claimed would mask the presence of potent drugs in a human or animal’s body.

The defendants are among 27 individuals charged in a series of Indictments arising from an investigation of a widespread scheme by racehorse trainers, veterinarians, PED distributors, and others to manufacture, distribute, and receive adulterated and misbranded PEDs and to secretly administer those PEDs to racehorses competing at all levels of professional horseracing.  By evading PED prohibitions and deceiving regulators and horse racing officials, participants in these schemes sought to improve race performance and obtain prize money from racetracks, all to the detriment and risk of the health and well-being of the racehorses.

Robinson, 46, of Tampa, Florida and Izhaki, 45, of Manalapan, New Jersey, each pled guilty to one count of conspiring to unlawfully introduce and receive with the intent to redistribute for pay or otherwise adulterated and misbranded drugs in interstate commerce, and to misbrand drugs in interstate commerce.  This offense carries a maximum sentence of five years in prison.  The maximum potential sentence is prescribed by Congress and is provided here for informational purposes only, as any sentencing of the defendants will be determined by the judge.

This case is being handled by the Office’s Money Laundering and Transnational Criminal Enterprises Unit.  Assistant United States Attorneys Sarah Mortazavi, Benet J. Kearney, and Andrew C. Adams are in charge of the prosecution.