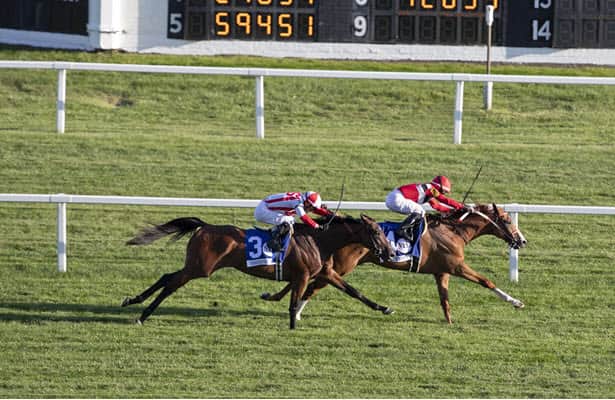 James Graham, who was aboard for the front-running victory in the Mr. D., has the mount Friday and will depart post position 12.

*Rating is based on HRN fan votes, which rank the Top Active Horses in training.
Two Emmys Keeneland Sycamore Sycamore (2021)