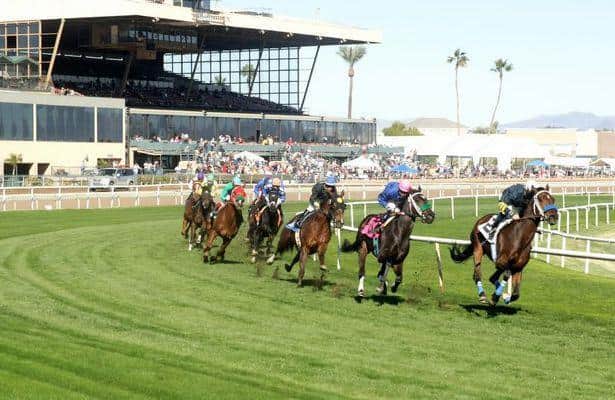 Turf Paradise canceled Thursday's nine-race program after a positive test for COVID was reported, according to a social media post from the track. A follow-up post from Turf Paradise noted Friday's card had also been canceled "as we gather COVID-19 test results."

Turf Paradise, which typically opens for live racing in the fall, did not start its current meet until Jan. 4 due to delays caused by COVID and internal rancor between the track and the Arizona HBPA. In December, an agreement was finally reached between the two parties to run a reduced 84-day meet beginning Jan. 4 and running through May 1.

Turf Paradise typically runs five days a week, Monday through Friday. The latest COVID concerns is not the only problem the track has had to deal with during the meet. After just two days of racing in early January, the turf course was forced to close for multiple weeks because of safety concerns. It has since reopened.