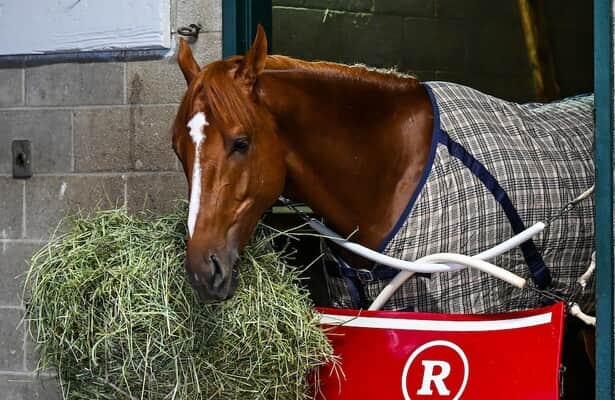 The Triple Crown Tracker checks in with the horses who raced in the most recent Kentucky Derby, Preakness and Belmont, keeping up with what they have done since the classics.

Kentucky Derby winner Rich Strike returned in the Clark (G1) on Friday, running off the board for the first time in four starts over the course. Toward the rear of a compact pack early, he could not sustain a run and finished sixth and last behind Proxy. After the race, trainer Eric Reed suggested he had brought Rich Strike back too quickly, and owner Rick Dawson stated that a scope a few hours after the race revealed a sinus infection.

None of this year's Preakness runners have been in action in the afternoon since the Breeders' Cup. But two returned to the work tab on Saturday. Simplification worked five furlongs at Gulfstream, his first published drill since he ran seventh in the Breeders' Cup Dirt Mile. Skippylongstocking worked five furlongs at Palm Meadows, the third in a series of gradually lengthening moves through the month of November.

In addition to Skippylongstocking, two other Belmont runners worked during the last week. Barber Road, a regular presence on the work tab at The Thoroughbred Center through October into early November, worked at Oaklawn on Wednesday. Barber Road made his name on the Oaklawn spur of the Kentucky Derby trail, hitting the board in all four points races in Hot Springs.

Golden Glider, unraced since running sixth in the Curlin, remains on the work tab at Palm Meadows.