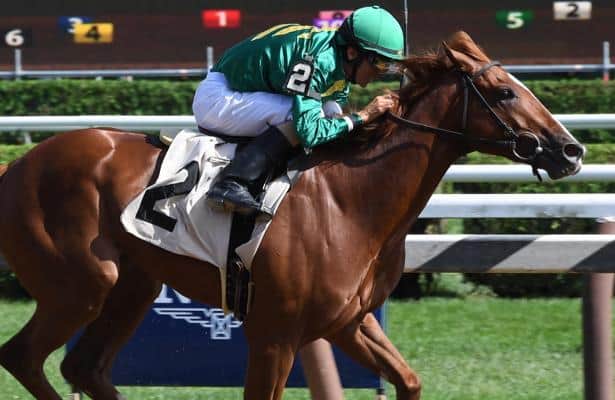 An initial round of scratches from Friday and Saturday's Breeders' Cup races at Churchill Downs counted out three main contenders across both cards:

• Polydream, the 5-1 favorite in Saturday's Breeders' Cup Mile, will elect not to go run over turf rated "good" after heavy rains this week in Louisville, Ky.

• The same goes for Wesley Ward-trained Shang Shang Shang, the Royal Ascot winner who was 5-1 in Friday's Breeders' Cup Juvenile Turf Sprint. Big Drink of Water will draw in from the also-eligible list.

“He has a temperature,” McGaughey said Friday morning. “He left a little of his morning feed and we took his temperature and it was 103. He’ll be fine.”

The Remsen Stakes (G2) is a possible spot for Code of Honor's next race.

• Awesome Slew, a fringe contender for the Breeders' Cup Dirt Mile, is out of Saturday's race.

"He has been a little lethargic and a little under the weather the past few days so we decided not to participate," said trainer Mark Casse.

• As previously announced, Hunt did not ship and has also scratched from the Mile. Two on the Mile's also-eligible list, Divisidero and Clemmie, should draw in to the field of 14.