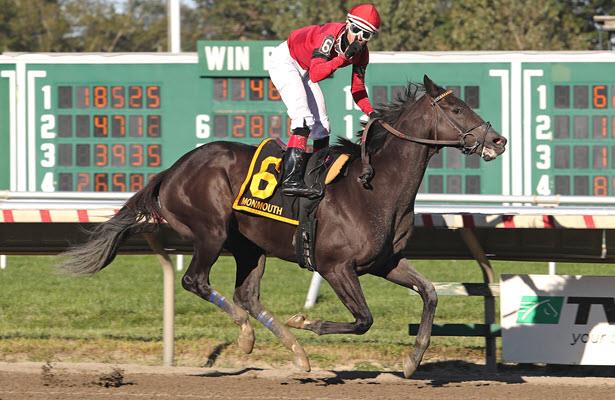 Nestled five miles from Churchill Downs, trainer Grant Forster is eagerly preparing for the biggest race of his career at Trackside Louisville where Gulliver Racing, Craig Drager and Dan Legan’s five-time winner Pirate’s Punch will tackle a likely full field of competitors in the $1 million Breeders’ Cup Dirt Mile on Nov. 7 at Keeneland.

“Sort of like every horse trainer, I’m just holding my breath until we get there,” Forster said. “It’s been a great ride so far with this horse and the (Dirt Mile) is shaping up to be a really competitive. It’ll be a tough field but we’re glad to be in it.”

Pirate’s Punch had a unique two-race stand over the summer when Forster shipped the Shanghai Bobby gelding to Monmouth Park to compete in the $200,000 Philip Iselin Stakes (G3) and one month later returned for the $155,000 Salvator Mile (G3). In the Philip Iselin, the gutsy Pirate’s Punch finished a half-length in front of Warrior’s Charge but was subsequently disqualified and placed second following a stewards’ inquiry and objection lodged by the runner-up finisher’s jockey Paco Lopez.

Forster would return to Monmouth for redemption in the Salvator Mile where Pirate’s Punch scored a convincing two-length score and sealed his likely starting gate position in the Dirt Mile.

In the Breeders’ Cup, East Coast-based jockey Jorge Vargas Jr., who rode Pirate’s Punch in each of his two starts at Monmouth, will ship to Kentucky to ride in the Breeders’ Cup. The 26-year-old Vargas, whose grandfather and father both trained horses in his native Puerto Rico, is named to ride Shimmering (IRE) for trainer Graham Motion on Wednesday at Churchill Downs.

“He’s rode Pirate’s Punch perfectly in his last two starts, so why not continue to use him for the Breeders’ Cup,” Forster said. “He’s coming to Kentucky early and hopes to ride a few at Churchill before the Breeders’ Cup.”